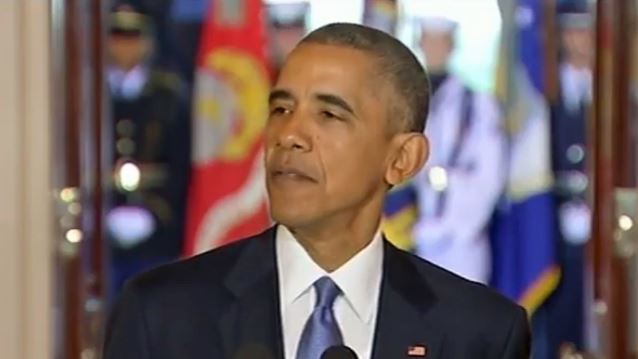 President Obama welcomed the leaders of Denmark, Finland, Iceland, Norway and Sweden to the White House on Friday. In his remarks to Finnish president Sauli Niinistö, Obama praised Finland's heavy metal culture, saying (see video below): "I do wanna point out that Finland has perhaps the most heavy metal bands in the world per capita and also ranks high on good governance. I don't know if there's any correlation there."

Heavy metal and hard rock music continues to thrive in Finland, where bands like CHILDREN OF BODOM regularly top the chart with their single and full-length releases.

Some claim that Finland is "the only country in the world where metal is mainstream," and people actually study Finnish and Norwegian to better understand heavy metal music.