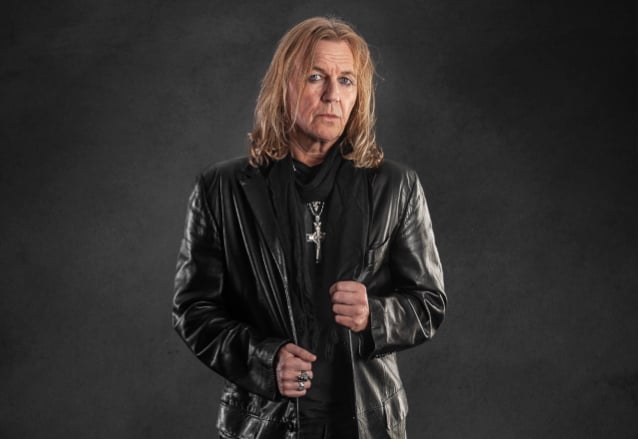 Frontiers Music Srl will release "One Shot", the new solo album from Danish vocalist Ronnie Atkins, on March 12. The official music video for the disc's second single, the title track, can be seen below.

"To be honest, I initially had no intention to do a solo album to begin with, but for various reasons, and in particularly my own personal health situation, I finally decided to have a crack at it," says Atkins.

"Around Easter 2020, and only some six weeks after I was told that everything seemingly looked very positive for my health, I was, unfortunately, diagnosed with stage 4 cancer and told it was incurable, which was devastating news for me. Needless to say, that was a total game changer and I went into kind of a panic situation for a while. But when the dust had settled, I realized there were two ways to approach the situation. I could sit down, accept the facts, and feel pity for myself or I could pull myself up, set some goals, pursue my dreams, and carry on living. And with fantastic backup from my family and true friends, I went for the latter."

With the global pandemic shutting down touring for the foreseeable future, Atkins knew a tour promoting the latest PRETTY MAIDS album, "Undress Your Madness" (2019),was not going to be in the cards anytime soon. Suddenly, the timing for working on a new solo album seemed to have presented itself.

"Well, I couldn't change the way things were, by any means," he says. "The whole world was on a lockdown and the future prospects of concerts were very uncertain and still is to this day. Basically, that meant that if I was gonna carry out the idea of a solo album, it had to be now since I don't necessarily have all the time in the world. I had all these ideas recorded on my iPhone that I felt were too good to never see the light of day and I was writing a lot at the time to help ease my frustrations."

Ronnie's next step was to hook up with good friend and PRETTY MAIDS bandmate and producer Chris Laney to begin the work of putting these ideas together into songs. Chris is overseeing production, Jacob Hansen will mix, and musicians/singers appearing on the album include, in addition to Laney, Allan Sørensen, Morten Sandager, Pontus Egberg, Pontus Norgren, Kee Marcello, Olliver Hartmann, John Berg, Anders Ringman, Linnea Vikström Egg and Björn Strid.

"Not being able to handle the recordings myself since I'm old school and a complete idiot when it comes to IT, Pro Tools, etc. I hooked up with my PRETTY MAIDS friend and firesoul Chris Laney, who literally cheered me up and convinced me to go ahead with it," Ronnie says. "So, I decided to get moving and literally recorded my ideas on either piano or guitar and with a mellotron click to keep the beat and the accompanying vocal. Then I would send these along to Chris, who did the instrumentation in Stockholm and would then send back demos to me. Then I recorded the vocals first, which is totally the opposite of what you'd normally do, but based on the uncertainty of my health situation, I wanted to get them down. After that we did the basic tracks, drums, guitars, keys, backing vocals, etc. Odd way of doing it, for me at least, but it worked. And so, this procedure slowly moved on during the summer and finally turned into an album of 12 new songs."

"I wouldn't have been able to carry out this project without the enthusiasm of Chris, who has been my constant partner in this project from day one," Atkins adds. "On top of that, I had the pleasure of working with a variety of great musicians/singers such as Pontus Norgren, Kee Marcello, Olliver Hartmann, Pontus Egberg, Linnea Vickström Egg, Björn Strid, and at last, but not at least, my PRETTY MAIDS relatives Allan Sørensen and Morten Sandager.

"Musically and lyrically, this album has been a different process for me, considering everything going on. Musically, it could have gone in various directions. It's always a question of what you want it to be. A good song is a good song, so it's really a matter of how it is packaged. But I decided to make it appeal to the fans, the supporters who've been following me for almost 40 years, so this is basically a melodic rock album with a heavy twist. Lyrically, it also has a different approach. I found it hard to write about sex, drugs, and rock'n'roll, etc. due to the situation I'm wrapped up in, so I guess it turned out a bit more personal and maybe melancholic at times. But it reflects my thoughts at the given time these lyrics were written." 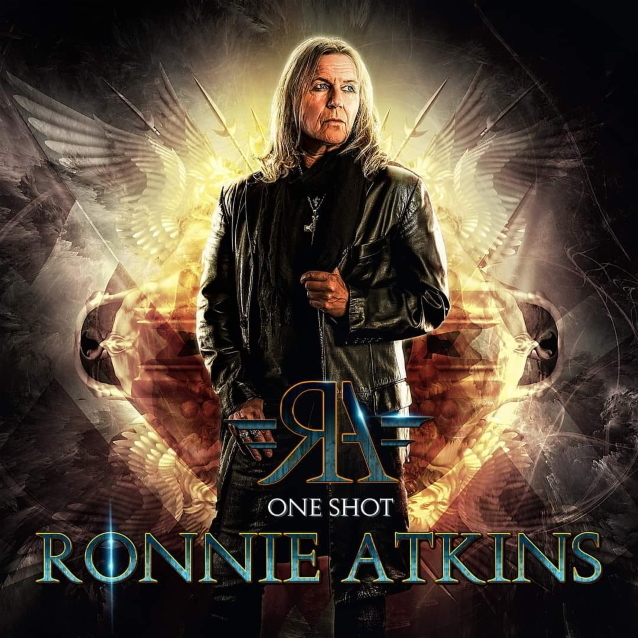