Dubbed "Apocalypse Over Europe", the trek will consist of the following dates:

PRIMAL FEAR recently entered the studio to begin recording its next album, "Apocalypse", for an August 10 release. 12 brand new crushing heavy metal songs have been selected, out of 30 newly written tracks, which are being produced by PRIMAL FEAR bassist Mat Sinner and engineered and mixed by Jacob Hansen at Hansen Studios in Denmark. The album is tentatively scheduled for release in mid-2018 via Frontiers Music Srl.

New songtitles include "Apocalypse", "New Rise", "The Hounds Of Justice", "King Of Madness", "The Beast", "Blood, Sweat & Fear" and the 10-minute extravaganza "Eye Of The Storm". Stylistically, the new tunes follow the same path that started on the most successful PRIMAL FEAR album so far, "Rulebreaker".

RIOT V's new album, "Armor Of Light", will be released on April 27 via Nuclear Blast. The disc was produced by Chris "The Wizard" Collier (METAL CHURCH, FLOTSAM & JETSAM, SLIPKNOT, KORN),while the cover artwork was created by Mariusz Gandzel (CRYSTAL VIPER).

Since their legendary debut album, "Rock City" (1977),RIOT has released numerous heavy metal classics, including "Fire Down Under" (with classics like "Swords And Tequila"),their masterpiece "Thundersteel" (1988) and the unforgotten "The Privilege Of Power" (1990).

After the death of Mark Reale and the departure of Tony Moore, Todd Michael Hall (from Michigan),completed the lineup of RIOT, which changed its name to RIOT V and moved forward under the auspices of the two long-term members and main songwriters Donnie Van Stavern (bass) and Mike Flyntz (guitar). With the critically acclaimed "Unleash The Fire" (2014),a pure power metal jewel once again underlined the musical importance and influence of the quintet.

Many artists name-check RIOT as an important influence of their musical career and have paid tribute to the power metal godfathers on multiple occasions. The list is long and includes several well-known acts such as HAMMERFALL ("Flight Of The Warrior"),Luca Turilli's RHAPSODY ("Thundersteel"),AXEL RUDI PELL ("Warrior") and newcomers such as NIGHT DEMON ("Road Racin'"),ALPHA TIGER ("Flight Of The Warrior"),SAVAGE MASTER ("Swords And Tequila") and STALLION ("Rock City"). 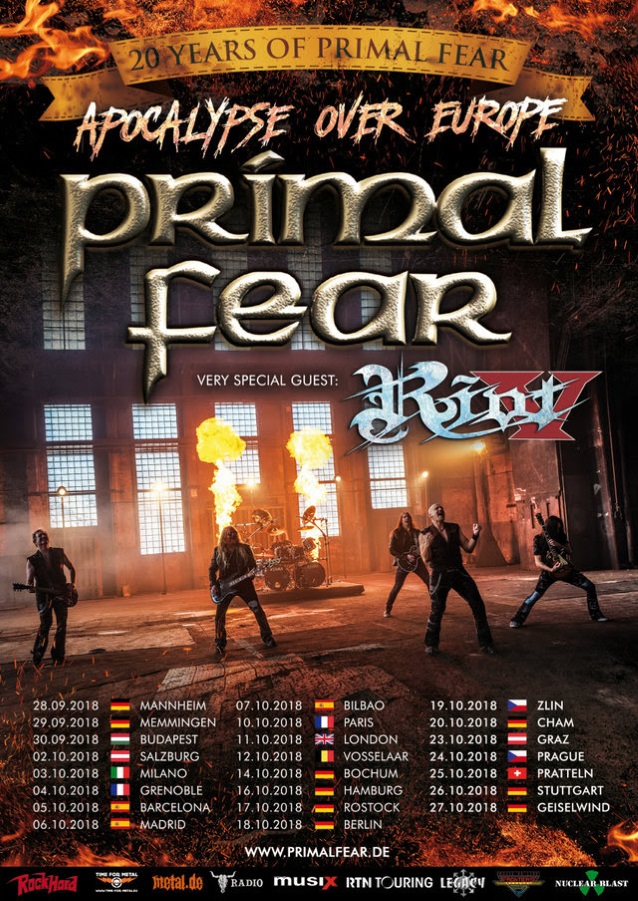