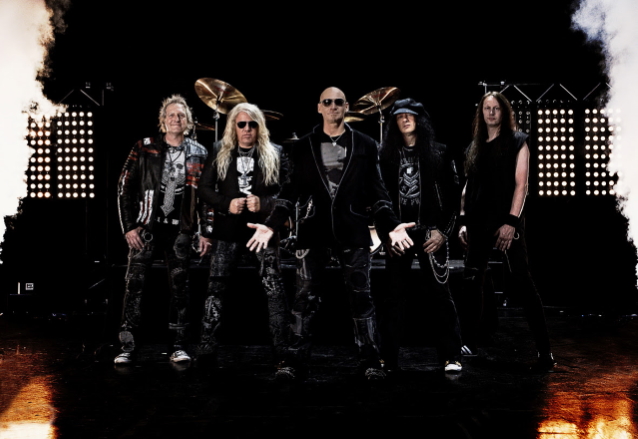 German metallers PRIMAL FEAR are "still not able to do live shows," less than a year after they announced they were scrapping all of their previously announced dates for 2021 and 2022 "due to a serious illness issue." Four months after canceling the concerts, PRIMAL FEAR bassist and producer Mat Sinner revealed that he had spent the previous eight months in eight different hospitals.

Earlier today (Thursday, June 9), PRIMAL FEAR singer Ralf Scheepers offered an update on Sinner's health while speaking with Chris Akin for Chris Akin Presents. Ralf said (as transcribed by BLABBERMOUTH.NET): "[Mat is] on a good path. It's not easy. We're still not able to do live shows, now after the COVID shit. We're buddies and friends — we're loyal — and we just stick together. And we just said we don't do shows until he's fine again. But that's exactly right now a very present topic we are talking about, and this is gonna be the next step. What I know is that everybody is composing and writing like crazy. So that's always the good side of the bad side, is that we are productive people."

This past April, Sinner took to his Facebook page to write that he had just "received the best news in the last 12 months." The following month, the 58-year-old musician, whose real name is Matthias Lasch, marked a "sad" first anniversary without seeing his house and undergoing "endless surgeries" while only being able to speak to his fellow musicians on the phone. But he added that there is "now a little light at the end of the tunnel."

In April 2021, PRIMAL FEAR released a five-track single called "I Will Be Gone". Also made available was the official music video for the title track, featuring a guest appearance by former NIGHTWISH singer Tarja Turunen.