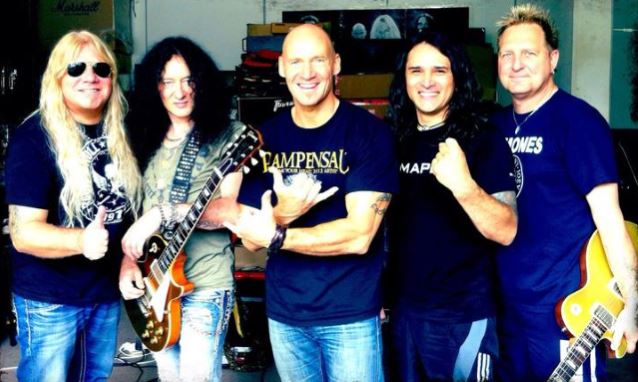 Says PRIMAL FEAR: "We're proud that such an amazing artist is joining our band."

Aquiles will make his live debut with PRIMAL FEAR at the Knock Out Festival on December 20 in Karlsruhe, Germany.

The Canadian-born Black announced his departure from PRIMAL FEAR effective August 16, one day after the band's performance at the Summer Breeze festival in Germany. His exit from the group was attributed to "irreconcilable differences" between the drummer and PRIMAL FEAR vocalist Ralf Scheepers, but no further details were given.