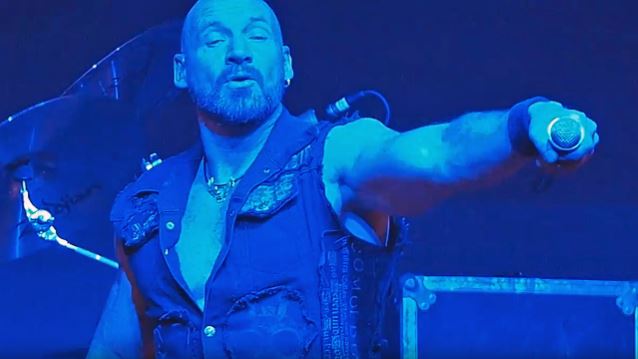 Fan-filmed video footage of PRIMAL FEAR's April 28 performance at Stage 48 in New York City can be seen below.

PRIMAL FEAR's latest album, "Rulebreaker", was released on January 29 via Frontiers Music Srl. The effort was made available in CD, deluxe CD/DVD and — in collaboration with Soulfood Music in Germany — on vinyl and a special super-limited vinyl edition featuring an eagle sculpture on the vinyl.

Singer Ralf Scheepers said: "We have so much energy, fantastic melodies and a hell of a drum groove on each and every song. There is no doubt that the fans will love it as much as I do! And again we have achieved to combine bombastic and atmospheric orchestral sounds with soaring heavy metal riffs and licks, together with ear-splitting screams and also emotional sequences. We have kept the promise of being a heavy metal band with all the trademarks for which people love PRIMAL FEAR."

After the massive "Delivering The Black" world tour, PRIMAL FEAR started the songwriting in spring 2015 and recorded at Hansen Studios in Denmark, with producer/bassist Mat Sinner and engineer Jacob Hansen (VOLBEAT, PRETTY MAIDS, AMARANTHE). Mat Sinner added: "We learned a lot during the 'Delivering The Black' sessions and the following world tour. We tried to put this know-how and all the positive energy into the songs and production of 'Rulebreaker'. Working the second time with Jacob Hansen and even recording in his studio, gave another dimension to our sound, plus the recording comeback of founding member Tom Naumann was the right move." 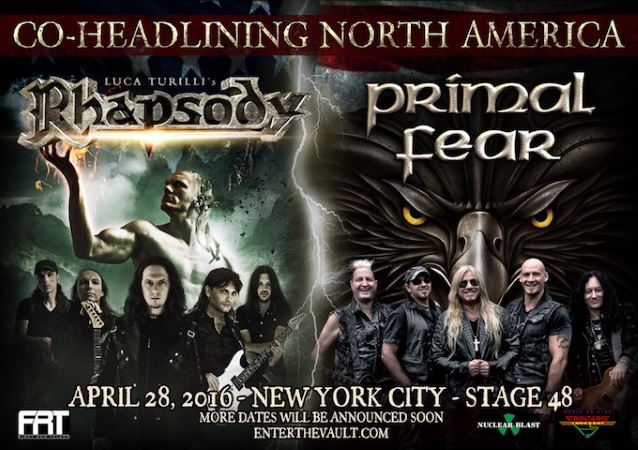