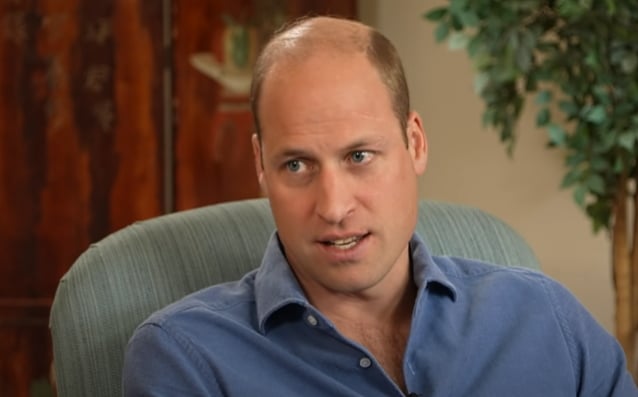 Prince William has admitted he listens to AC/DC to get himself ready for royal engagements.

The 39-year-old royal shared the tidbit on a special Christmas episode of Apple Fitness+'s "Time To Walk" series, which premieres on December 6.

Speaking about his love of music during a walk around the Queen's Sandringham estate, William said: "There's nothing better than, on a Monday morning, when you're a bit bleary-eyed after the weekend and trying to get yourself back into the grind of the week, listening to AC/DC, 'Thunderstruck'.

"I have to say the first time I put it on, and I've heard it a million times now, I was kind of, like, 'Well, this is quite heavy for a Monday morning,'" he continued. "But now, when I listen to it, it's the best tonic for a Monday morning. It absolutely wakes you up, puts your week in the best mood possible, and you feel like you can take on anything and anyone. I'd imagine you're going to walk quite fast listening to it, maybe with a skip in your step, with the headbanging. It's a difficult song not to dance to or to nod along to."

During the podcast, William also revealed that his children — Prince George, 8, Princess Charlotte, 6 and 3-year-old Prince Louis — share his appreciation for music. He said: "What I've been amazed by is how much my children already have inherited my family's love of music. Most mornings, there's a massive fight between Charlotte and George as to what song is played in the morning. And I have to, now, basically prioritise that one day someone does this one, and another day it's someone else's turn. So George gets his go, then Charlotte gets her go. Such is the, the clamor for the music."

He added: "One of the songs that the children are loving at the moment is Shakira, 'Waka Waka'. There's a lot of hip movements going along. There's a lot of dressing up. Charlotte, particularly, is running around the kitchen in her dresses and ballet stuff and everything. She goes completely crazy with Louis following her around trying to do the same thing. It's a really happy moment where the children just enjoy dancing, messing around, and, and singing."

Prince William teamed up with Apple Fitness+ to record one of their inspiring audio walking experiences, which features personal stories from influential people to inspire users to walk more.

Back in 2014, actor Dominic West revealed to Daily Star that Prince William's brother Prince Harry is a die-hard heavy metal fan whose iPod is filled with the music of bands like MEGADETH, SLAYER, METALLICA and ANTHRAX.

West, who accompanied Prince Harry on the Walking With The Wounded charity trek to the South Pole, said: "Harry has a terrible selection on his iPod. It is the sort of thing soldiers listen to. Hardcore thrash metal."