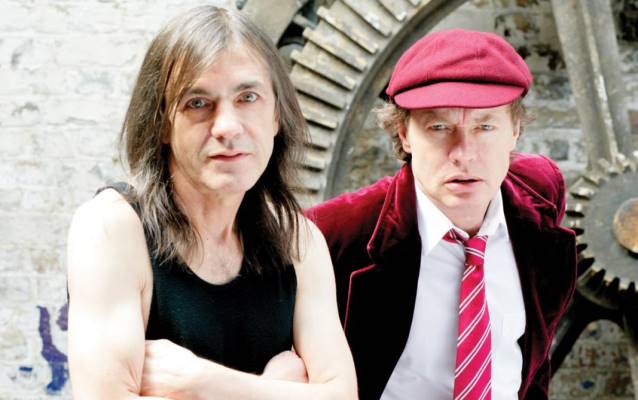 According to Surrey Now, a guitar autographed by the Young brothers of legendary Australian rockers AC/DC was stolen earlier this week from the White Rock, British Columbia, Canada restaurant Charlie Don't Surf.

The incident occurred at around 6:30 a.m. on April 7 when thieves allegedly broke into the establishment and made off with the cherry-red Gibson SG 1961 reproduction signed by Angus and Malcolm Young.

"It was a very popular piece in the restaurant and we had it really well secured," said restaurant owner John Carroll. "We spent quite a bit of money putting it up in museum-quality Plexiglas that wouldn’t break, but somehow the guy got it off the wall."

He added: "It was one of the most photographed items in here. The customers loved it and people were always going over and calling their friends to look at it."

The Royal Canadian Mounted Police (RCMP) are investigating the alleged theft and security footage has been given over to authorities.

AC/DC will enter a studio in Vancouver, British Columbia, Canada this May to begin recording its 16th studio album. The project will be the first set of new AC/DC material since 2008's "Black Ice" album. In addition, the band intends to celebrate its 40th anniversary this year by playing 40 shows in selected cities around the world which are yet to be announced.