PRONG will release a new EP, "Age Of Defiance", on November 29. The five-track effort, which was produced by Chris Collier, will include two new studio songs, the title cut and "End Of Sanity", along with live recordings of three tracks: "Rude Awakening", "Cut-Rate" and "Another Worldly Device". A single, "The End Of Sanity", will precede the EP on October 25.

The EP opens with the title song, "Age Of Defiance", which mainman Tommy Victor describes as "pretty unusual for PRONG. It's extremely powerful, with a great groove, haunting chorus, everything's fresh and contemporary." According to the PRONG mastermind, the second studio number, "End Of Sanity", is "a thrash/hardcore/crossover number in typical PRONG style which I wrote especially for our American tour with AGNOSTIC FRONT. If you're into PRONG, you'll love this track." "Age Of Defiance" also features three live cuts, recorded by Victor & co. during their major headlining tour at Berlin club Huxleys Neue Welt in April 2015: "Rude Awakening" from the same-named 1996 opus, plus "Another Worldly Device" and "Cut-Rate" from the 1994 major label album release "Cleansing". A total of five songs which forge an arc between past, present and future.

Victor discussed the upcoming EP in an interview with France's Loud TV. Regarding his decision to only release two new songs this time, he said: "Look, in 2013, we put out 'Carved Into Stone', in 2014 'Runing Lives', in 2015 we put out 'Songs From The Black Hole'and we did 'No Absolutes'. Then I did 'Zero Days' in 2017. And then after that, we had some live stuff we did, and then after that, I went in and I wrote a whole shitload of songs. And I was, like, 'I don't wanna put all of these out.' We put out so many records."

He continued: "I don't wanna sound negative too much, but for the most part, no one gave a fuck. You make all these records, these new records, and essentially people wanna hear 'Snap Your Fingers, Snap Your Neck'. And I liked doing those records, but I got burnt out of these long albums. So I wrote a bunch of songs, but I'm just gonna pick two out of that and put those out. Why put out a whole another album full of material and people don't even listen to the shit — they don't listen to the whole record. So this thing may do really well. It's, like, 'Two PRONG songs. Cool. I don't wanna listen to any more than that anyhow.' And then we have a live 'Rude Awakening', 'Cut-Rate' and 'Another Worldly Device' on it. So we'll see how it works out. But it's been fun so far for me, because I haven't been overworked with it.

"Making 'Zero Days' was — that was a major project, that album," he added. "There wasn't a lot of time to make it, and it was a lot of work. I was working seven days a week, sleeping four hours, trying to come up with lyrics. I think the lyrics are great on the record, because I was figuring out what the hell was going on with the song and trying to do the lyrics and making everything so perfect. And I get a little disillusioned because nobody cares. Of all the lyrics I wrote, maybe a couple of people were, like, 'What was the topic of that? What were you saying with that? That's an interesting lyric.' I've had very few conversations about it. And it wasn't released right — the record label didn't do a great job with it — so I was very disappointed with the whole outcome of that. So now it's two songs, [three] live [tracks], and then a full-length album later."

Asked about the lyrical themes of the two new songs that will be included on the "Age Of Defiance" EP, Tommy said: "'Age Of Defiance' is [about how] people feel like they've gotta be rebels, and that's nothing new to that. You have to find a way to find your own peace and to be calm and not violent. It's really an anti-violence song. People say, 'Oh, 'Age Of Defiance', it sounds like it's a rebel, a revolution song,' but it's just the opposite — it's sort of, like, 'I don't even care. I wanna be happy myself.' And 'The End Of Sanity' is the other one. It's kind of self-explanatory. I just feel like the world is going crazy. The shit that people say and the whole thing doesn't make any sense anymore to me.

"I watch the news and everything," he explained. "You have better news in Europe. But you don't get a big, broad picture of America neither. You get CNN, and that's one view of everything. But in America, there's one view and then there's another view and the other thing, and they're all just advertisements for each side. It's bullshit. It's not news. So you don't really get any news anymore. They're TV shows." 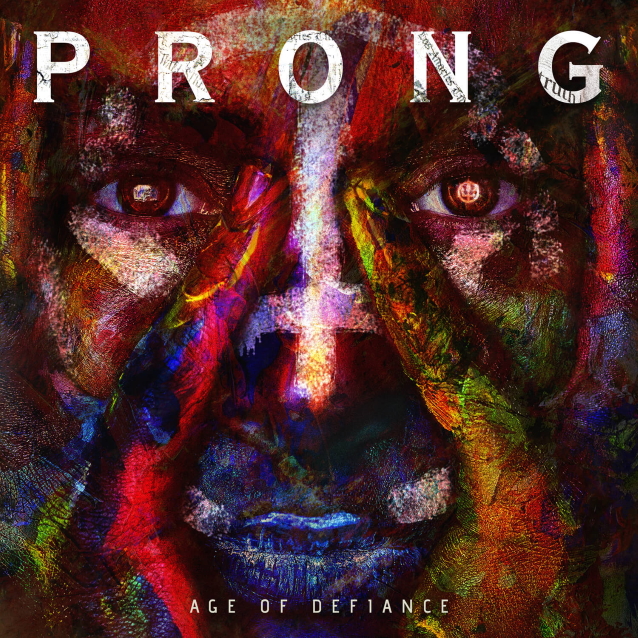