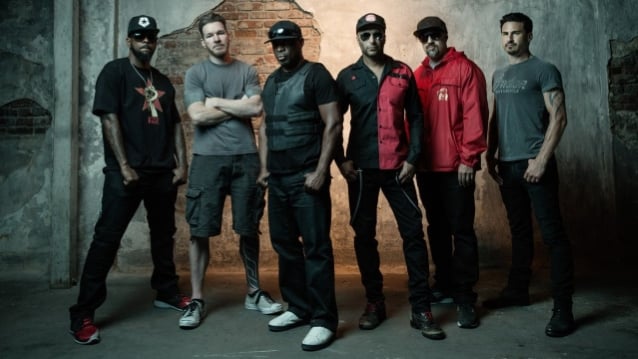 Actual "American Carnage" is powerfully depicted in the track's gripping video. A comprehensive list of 2019's mass shootings (so far),including the date, location and number of those killed and injured unspools over scenes from America's gun-obsessed culture and the blood-stained headlines generated in its aftermath. The video ends as the names of those lost recently in Gilroy, California; El Paso, Texas; Dayton, Ohio; and Odessa, Texas scroll silently by. The four mass shootings, including the seven killed and 21 wounded in Odessa, less than a week ago, all happened within the last 30 days of each other.

In the song, Chuck D and B-Real trade lines: "See I'm numb just lookin' / For a reason for my finger / To be squeezing on the trigger / Through another killin' season. One gun two gun three guns four / So many guns keep on runnin' out the store."

"Pop Goes The Weapon" is the first new music from PROPHETS OF RAGE since the release of "Made With Hate", which was made available in June.

The supergroup features members of RAGE AGAINST THE MACHINE, PUBLIC ENEMY and CYPRESS HILL.