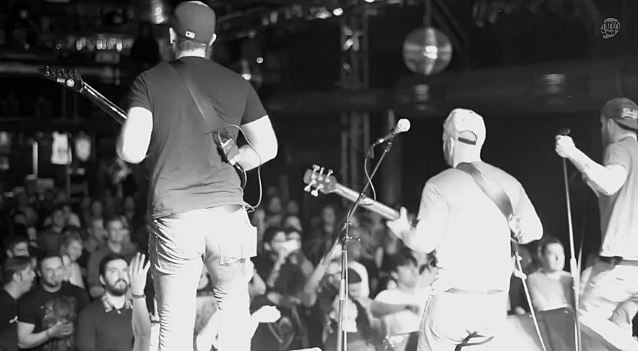 FreqsTV has launched "Ghosts Of The Road", an intimate day-in-the-life-of portrait series, featuring some of today's top rock and metal acts as they navigate a rigorous life on the road. Filmed entirely on one day during a band's tour, these episodes will capture the everyday goings-on of a modern rock tour from arrival until the band hits the stage. This fly-on-the-wall perspective aims to offer more to the fans than the traditional mic-in-the-face interview.

"Ghosts Of The Road" will present a personal portrait of today’s top acts as they work hard to bring the rock to the masses. New episodes will be released every Thursday beginning January 8 and will include such acts as PROTEST THE HERO, AT THE GATES, GOTTHARD, AMORPHIS, THE TEMPERANCE MOVEMENT and more. The series is presented by Germany's Guitar magazine.

The first "Ghosts Of The Road" episode featuring the Canadian tech-metal punk act PROTEST THE HERO can be seen below.

PROTEST THE HERO's fourth studio album, "Volition", sold around 11,400 copies in the United States in its first week of release to debut at position No. 20 on The Billboard 200 chart. The long-awaited follow-up to 2011's "Scurrilous" (Vagrant) was licensed to series of worldwide partners who are helping distribute and market it to both traditional stores alongside digital service providers, thus making the new record available on a worldwide scale.