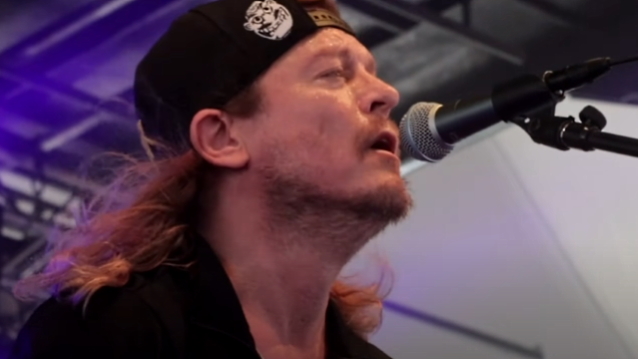 PUDDLE OF MUDD frontman Wes Scantlin has confirmed to Montana radio DJ Willy Tyler that he and his bandmates have been working on the material for the follow-up to 2019's "Welcome To Galvania" album. "I wrote basically every day [during the pandemic], and I'm still doing that," he said (as transcribed by BLABBERMOUTH.NET). "It was kind of, like, 'Wow, this really sucks, but it's really kind of cool almost that I get this much time to express my artistic [creativity].' It was a double-edged sword."

According to Scantlin, he has "plenty" of new music ready to be recorded. "And I've been working in the studio for the last month, month and a half," he said. "And I'm getting ready to get back in there and start doing it again. I've taken little breaks — just little weekends."

Scantlin's latest comments come five months after he made headlines when he walked offstage midconcert at the EPIC Event Center in Green Bay, Wisconsin after complaining about the venue's lights.