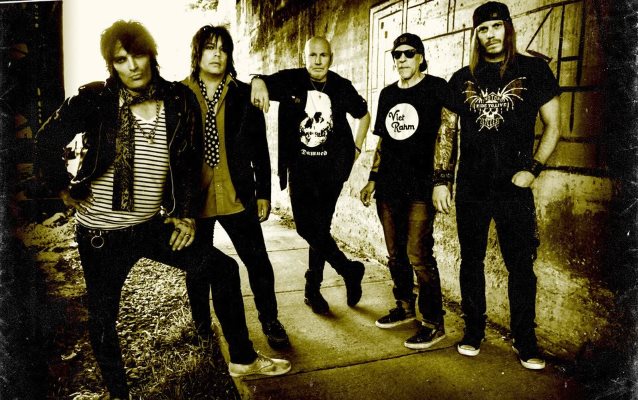 Punk rock pioneers and provocateurs DEAD BOYS will celebrate the fortieth anniversary of their landmark first album, "Young Loud And Snotty", with a worldwide tour and a special re-recording of the classic record. "Still Snotty: Young Loud And Snotty At 40" on Nashville-based Plowboy Records is hitting the streets and available online on September 8 with a major U.S. tour kicking off in Dallas, Texas on September 7.

Formed in Cleveland in 1976, the DEAD BOYS were one of the first American acts to combine the proto-punk fervor of bands like THE STOOGES and the NEW YORK DOLLS with a new level of intense energy. 1977 debut LP, "Young Loud And Snotty" was a landmark album in the birth of hardcore punk and produced one of the first great punk anthems, "Sonic Reducer". After one more album, the band split in 1979. They reunited for a few gigs in the 1980s, but following the death of lead vocalist Stiv Bators in 1990, the band members went their separate ways except for two brief reunions in 2004 and 2005. The return of the DEAD BOYS began with guitarist Cheetah Chrome.

"I've had my solo band for the last ten years, and DEAD BOYS songs have always been included in my shows and over time the right mix of people came together to pull off and at times enhance the DEAD BOYS sound. With the fortieth anniversary of the DEAD BOYS on the horizon and a solid band that could interpret and deliver the performance and sound needed to maintain the authenticity of the DEAD BOYS, I reached out to Johnny Blitz about an anniversary tour and he said yes and we began the journey of what would become 'Still Snotty': with Jason Kottwitz on guitar, Detroit punk legend Ricky Rat on bass and vocalist Jake Hout from 'zombie' DEAD BOYS tribute band the UNDEAD BOYS, the DEAD BOYS fortieth-anniversary tour started taking shape. I've been singing the DEAD BOYS songs myself for twenty years because I couldn't find another singer I trusted enough to hand it to," Chrome says. "The first gig with Jake, it was like, 'You got it, man!' I think Stiv would be very proud of our choice."

With the lineup in place, the group brought the house down at a showcase performance at this year's South By Southwest music fest in Austin, Texas. Writing in Paste magazine, music critic Robert Ham named their set as one of the 10 Best Sets at SXSW 2017. "The group played the entire LP (of 'Young Loud And Snotty') with sweat and fire, wiping away all four decades of the past in the process."

Fresh from that success, the urge to capture a new take on the classic album was a natural next step.

"The original album was actually a demo," Chrome says. "None of us had been in a studio before, and we figured we would go back in and do it right, but the label said no. It has stood up, but forty years later, we can do a 'What if?' What would it have sounded like if we could have gone back in? So that's what this is about. It's not better. It's just different."

Produced by Plowboy Records head Shannon Pollard and cut in just three days of sessions in Nashville's historic Creative Workshop Studios, "Still Snotty: Young Loud And Snotty At 40" is an exciting chance to revisit a classic album. Think of it as a "Sonic Expander."

"When Blitz and I are playing, it's like we're twenty years old again. Of course, I feel a lot worse the next morning," Chrome says with a laugh. "It's still just as loud and snotty; we're just old now." 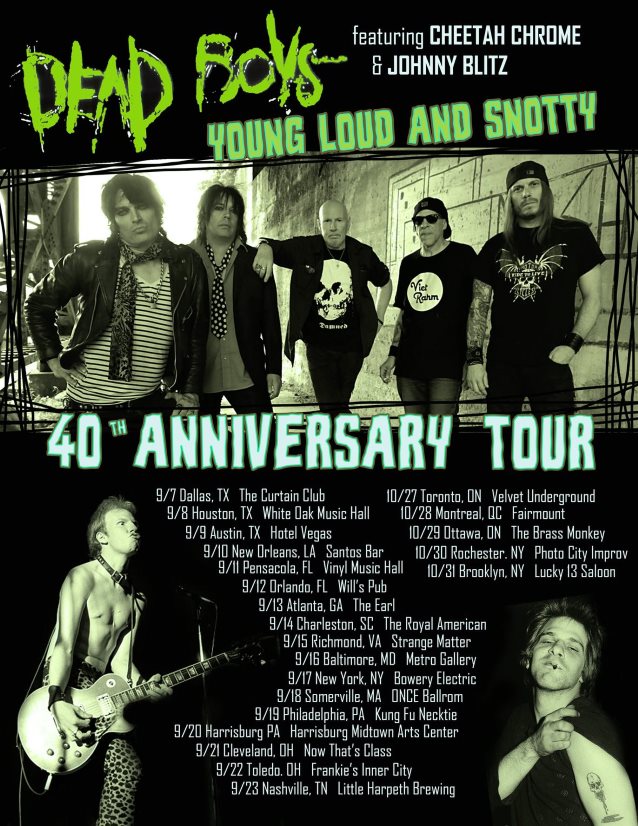 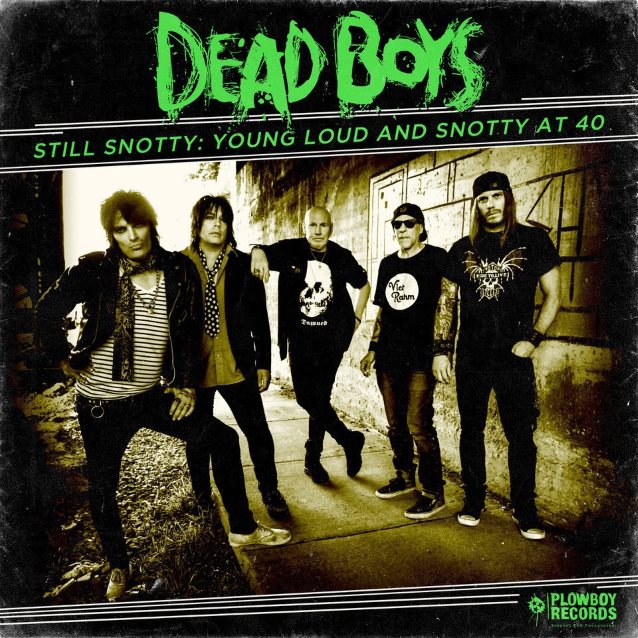