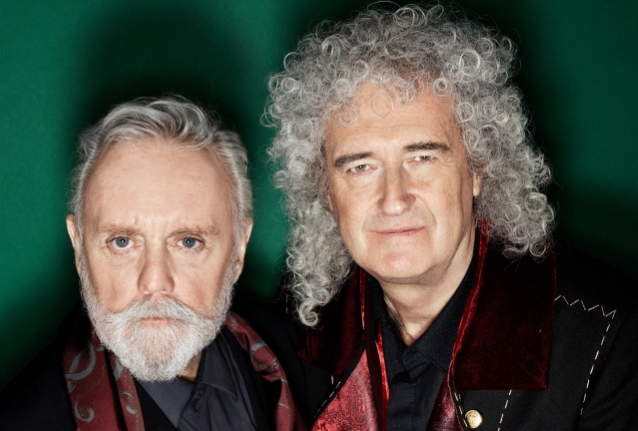 As part of their massively-successful global tour, titled "Rhapsody Tour", QUEEN + ADAM LAMBERT return to Japan in January 2020. To mark the much-anticipated tour of the Land of the Rising Sun, "Greatest Hits In Japan", a special compilation album featuring Top 12 classic QUEEN songs voted by Japanese fans, is set to be released on January 15.

The voting took place through an online form via a special section on QUEEN official site in Japan from Wednesday, November 6 to Monday, November 25, where, as a general rule, fans residing in the country were invited to cast their votes for their favorite song by QUEEN off their 15 original studio albums under the one-person-one-vote principle. All participants were required to make a hard decision to choose only one song to vote for from the great list of 172 tracks in total. The response was overwhelming, and QUEEN would like to thank all the 11,988 voters who helped to compile the special album. The top-voted 12 songs will now comprise the final track listing for the album, which can truly be called "the definitive collection of QUEEN as selected by Japanese fans."

After tallying all the votes, the top 40 fan-voted tracks are as follows:

The top 12 fan-voted tracks make their way onto the final cut of the album. The physical CD release of the album will be exclusive to Japan, with the digital available worldwide. The limited-edition CD will contain a DVD including music videos from the top 12 songs.

Having celebrated their magnificent 48th anniversary, QUEEN phenomenally keeps on astonishing the world from East to West, while the special bond that the band and Japan have built since the early years is globally well known. The story began in the days when the band made the first visit to Japan as early as 1975, where the quartet received a truly passionate and hearty welcome. The song "Teo Torriatte (Let Us Cling Together)", which the band wrote during their stay in the country, with choruses sung in Japanese, is a beautiful token of the precious relationship. Having been placed at No. 3 in the voting, the song is naturally to be featured on the upcoming greatest hits album.

The QUEEN film "Bohemian Rhapsody", the biggest-grossing music biopic of all time, was also a super smash hit in Japan becoming the biggest film release of the year. Overall sales (digital and physical) of the band's whole catalogue together with the acclaimed soundtrack album have amounted to over 1.6 million units/copies in Japan alone so far this year.

The participants of the vote covered a wide range of generations, from youngsters whose first encounters with the band were through the phenomenal biopic to longtime dedicated fans from the '70s. While the fact that not a few of the earlier classics made the top 12 reminds how much tremendous love and support the band has received from their loyal Japanese fans since the dawn of their career, the tracks from the albums released in the '80s and '90s are impressively placed high in the rankings as well, which exemplifies the band's magnificent popularity, coupled with their universal appeal, and enduring influence in Japan over four decades.

To reflect the concept of "the compilation as selected by Japanese fans," the artwork for the album, simply called "Greatest Hits In Japan", will feature splendid traditional Japanese designs and patterns. The CD booklet also includes some photographs of Freddie's beautiful Japanese garden.

And from the fans who participated in the voting, around 700 names will be credited to the booklet by lottery.

In addition, a draw among the voters has been made to decide on the five lucky winners to receive personal autographs by Brian May and Roger Taylor. The winners will receive the prize without any prior announcement.

Said May: "To our Japanese fans, we always appreciate your passionate support. Thank you from the bottom of my heart. After seeing the poll results and the final tracklist, I realised again how much you have loved us since early times. I guess this is a unique amazing selection that probably only Japanese fans could make. Very much looking forward to seeing you soon at our shows in January! Wishing you a Happy New Year!!"

Added Taylor: "To all Japanese QUEEN followers, we can never thank you enough for your undying support through all these years. We have grown up and older together, and I think the final tracklisting for the fan-vote album is the proof of our long-standing bond, Some of your choices of our songs were a bit of a pleasant surprise, and made me grin as well, for this seems to be a very Japanese selection you can find nowhere else, which I love! Look forward to seeing you all at the concerts and having a great time together! Wishing you a wonderful 2020!" 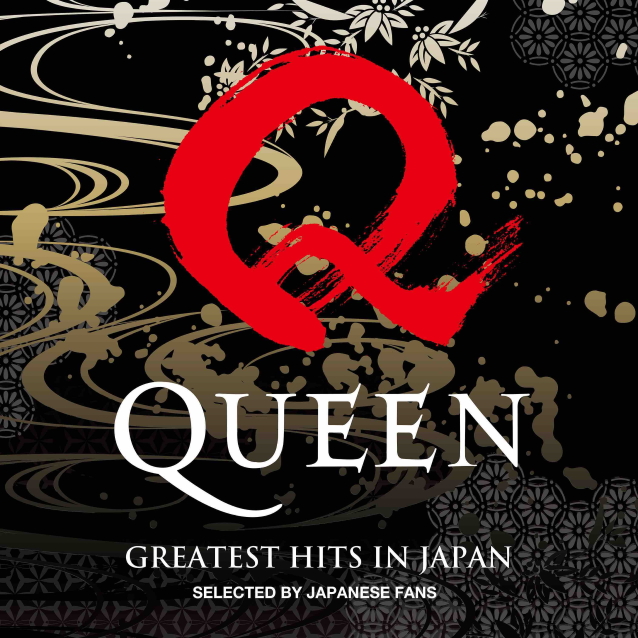