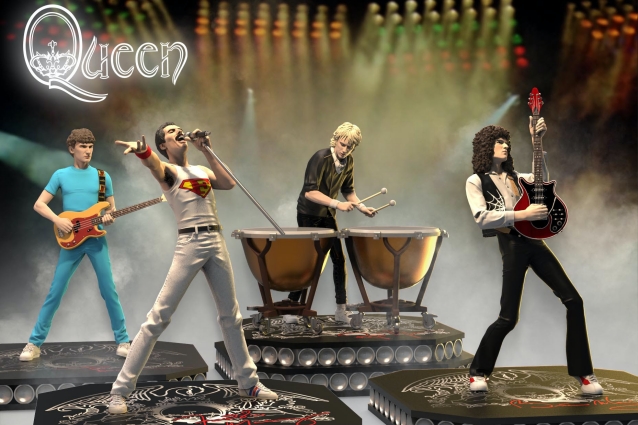 KnuckleBonz is currently in production creating limited-edition QUEEN collectible statues. Rock Iconz statues of Freddie Mercury, Brian May, Roger Taylor and John Deacon will be hand-crafted in our fine arts process, featuring the band from their 1981 performance in Montreal.

Officially licensed, each statue is hand-painted, numbered and comes with a certificate of authenticity on the base.

All designs have been approved by QUEEN.

Never more than 3000 of each design is created. Reserve yours now.

"It's been over a decade since our original QUEEN Rock Iconz designs for Freddie and Brian. This time out, we will be able to create the entire band, as it should be," says Tony Simerman, CEO/creative director of KnuckleBonz, Inc.

"We are beyond excited to ship individual statues for Freddie Mercury, Brian May, Roger Taylor and John Deacon late this year...and OH yes, lots of other surprises for QUEEN superfans in our '3D Vinyl' and 'On Tour' series."