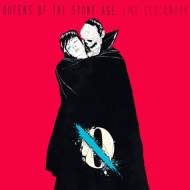 QUEENS OF THE STONE AGE: New Song 'If I Had A Tail' Available For Streaming

"If I Had A Tail", a brand new song from QUEENS OF THE STONE AGE, can be streamed in the YouTube clip below. The track comes off the band's new album, "...Like Clockwork", which is due out June 4 on Matador Records.

Described by QUEENS principal Joshua Homme as "an audio documentary of a manic year," "...Like Clockwork" is the band¹s first full-length collection of all new material since 2007's "Era Vulgaris", as well as its debut release on new label partner Matador. The record can be pre-ordered on CD and vinyl. iTunes pre-orders will immediately receive "My God Is The Sun", which has been generating some early heat.

"…Like Clockwork" features guest appearances from Trent Reznor, Dave Grohl and other luminaries, including the legendary Elton John. The Pulse Of Radio asked QUEENS frontman Josh Homme how he snagged the iconic singer/songwriter to play on the record. "It actually stemmed from an old roommate of mine, who drives really high-end folks around now, and Elton was in the car listening to THEM CROOKED VULTURES, I guess," he said. "And his assistant was saying, 'Oh, you've got to hear QUEENS, the other band of this guy,' you know. And because my old roommate was driving the car, it was like, 'Do you want to talk to him?' And I just got a phone call at my house on a Sunday. You know, he said, 'The only thing missing from your band is an actual queen,' and I said, 'Honey, you have no idea.'"

The track that Elton plays on is called "Fairweather Friends".

Although it was initially reported that Dave Grohl played all the drum tracks on the new CD, Grohl only appears on selected songs. The rest of the drums are handled by Joey Castillo and Jon Theodore. 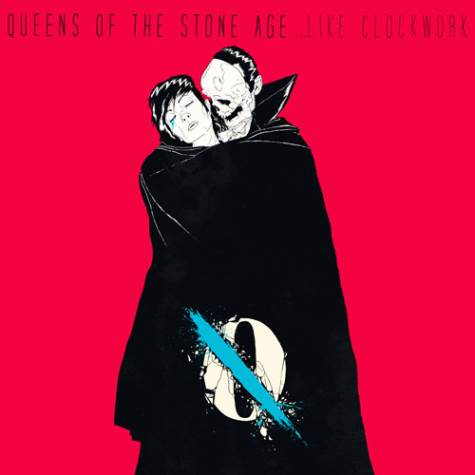