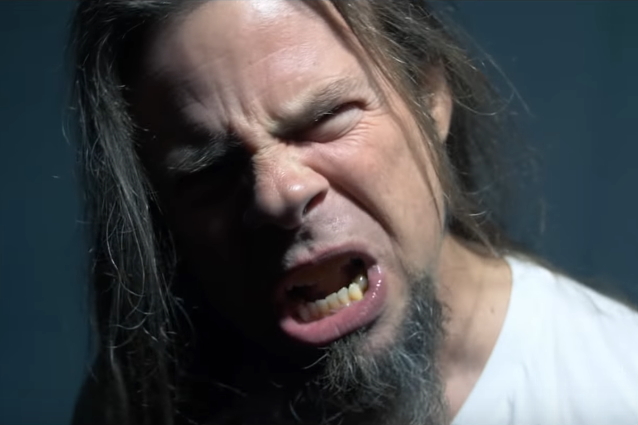 QUEENSRŸCHE frontman Todd La Torre has criticized Gov. Greg Abbott over his decision to lift indoor capacity restrictions for Texas restaurants, bars, and businesses, and statewide mask mandates next week, saying his actions are the reason the concert industry "will be the last to open."

Effective March 10, all businesses in Texas will be allowed to open at full capacity for the first time in nearly a year, Abbott announced. Businesses may still limit capacity or implement additional safety protocols at their own discretion.

Earlier today, La Torre took to his Twitter to share an article about Abbott's decision to remove statewide mandates, and he included the following message: "Fucking asshole scumbag. This is why our industry will be the last to open. Zero lessons learned. Tick tock."

In announcing that he will end Texas' statewide mask mandate next week and allow all businesses to operate at full capacity, Abbott said: "It is now time to open Texas 100%." He added that he was rescinding "most of the earlier executive orders" he has issued over the past year to stem the spread of the virus. He said "all businesses of any type [will be] allowed to open 100%." A spokesperson later confirmed that includes sporting events, concerts and similar events. Masks will no longer be required in public for the first time since last summer.

Todd resides in Florida, where municipalities can impose their own mask rules and curfews, restrict beach access and place some limits on bars and restaurants, but some have virtually no such measures in place.

More than 3.5 million Texans have so far received at least one shot of the COVID-19 vaccine, with 1.8 million fully vaccinated.

Following Abbott's announcement, the Texas State Teacher Association issued a statement, warning it is too soon for Texans to let our guards down.

"Like Gov. Abbott, we believe we are making progress against the COVID-19 pandemic, but we are not there yet. Far from it," said Texas State Teachers Association president Ovidia Molina. "The COVID numbers have been coming down, but there were still 1,637 new confirmed cases of COVID in Texas yesterday and 59 deaths. More than 5,600 COVID patients were in Texas hospitals, and much is still unknown about the more-infectious variants of the deadly virus that have started striking our state.

"Gov. Abbott needs to quit obeying his political impulses and listen to the health experts, who are warning that it is too soon to let our guard down without risking potentially disastrous consequences," Molina continued. "The experts caution us to continue the safety practices that have worked against this disease, including widespread mask use and social distancing."

Fucking asshole scumbag. This is why our industry will be the last to open. Zero lessons learned. Tick tock. https://t.co/CdxEqwiSTH