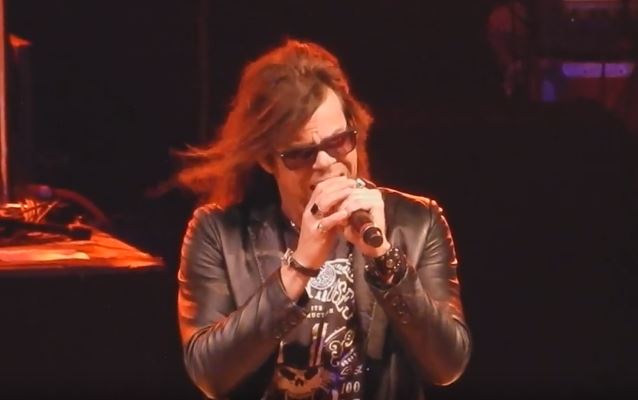 Fan-filmed video footage of QUEENSRŸCHE's February 27 performance at the Pompano Beach Amphitheater in Pompano Beach, Florida can be seen below.

QUEENSRŸCHE guitarist Michael Wilton recently told The Glendale Star that the band is stronger than ever after parting ways with Tate and adding La Torre.

"We went through a lot of drama over the past few years and we have been focused on rebuilding this band," Wilton said. "We are the original members and it was important for us to gain control of the name of the band. It was a chance meeting with [La Torre] that brought this together and it is working out great."

He added: "For the past ten years, this band has been more of a dictatorship. Now, with the influence of [La Torre], we have great chemistry and we are now a complete democracy, not a dictatorship."

"Condition Hüman" was released on October 2, 2015 via Century Media.