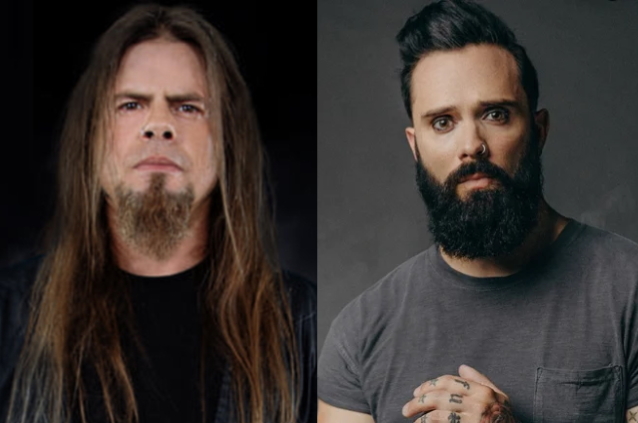 Earlier today, BLABBERMOUTH.NETtranscribed portions of the latest episode of Cooper's "Cooper Stuff" podcast in which he called the issue mask wearing "nothing more than theater" and said that "every time I put my mask on, I know that I'm doing something that I do not believe in. In other words, I'm being forced to lie… I'm being forced to jump into something I don't believe, and I'm living by a lie — I'm living by a lie that this mask is actually gonna keep me safe from all harm," he continued. "To acquiesce to the government, which says that I'm believing something that I know that I don't believe. So now I'm basically living in a fantasy world. That frightens me. And every time I put that mask on, that's basically what I think. I know I'm doing this, I know it's show, I know it's theater, I know my overlords don't even believe in it, because if they did, they wouldn't be breaking all of their own rules."

After BLABBERMOUTH.NET published Cooper's stance on mask wearing and shared the article on Facebook, La Torre took to the comments section and chimed in, writing: "Cool, then go volunteer on the Covid floor of a hospital maskless and let us know how that works out. He believes in a mythical celestial dictator but doesn't believe in science. Got it."

La Torre, who is an atheist, told KNAC.COM earlier this year that one of the songs on his debut solo album, "Rejoice In The Suffering", is a commentary on religious charlatans who take advantage of people's weaknesses and fears. "These are the TV evangelists who sell people holy water that came out of the tap," he explained before adding that "I cringe at the idea of people knocking on my door trying to sell me God as though He's a cheeseburger. I mock it and expose the hypocrisy in some of the songs." 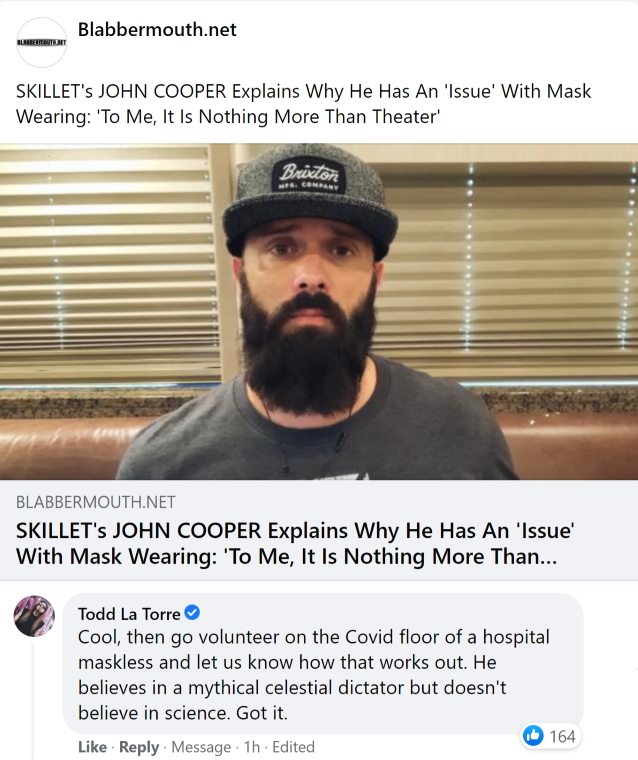