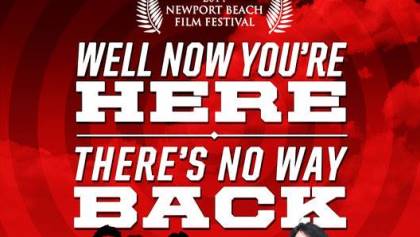 QUIET RIOT Documentary To Air On SHOWTIME, Be Made Available On iTunes, DVD

"Well Now You're Here, There's No Way Back", the feature documentary on the seminal heavy metal band QUIET RIOT, will air on Showtime on January 29. Four months later — on May 19 — it will be made available to purchase via iTunes and on DVD, with pre-sales starting in April.

A trailer for the film can be seen below.

An unlikely and surprisingly personal narrative to conquer the loss of a friend emerges from an odyssey about the rise, fall and resurrection of an 80's metal band. The career of Frankie Banali, drummer of QUIET RIOT, took a major sideswipe when his singer and best friend Kevin DuBrow died in 2007. In 2010 and at a cross roads in his life, Banali has to forge ahead and make a new life for himself and his daughter. At times both utterly tragic, and downright hilarious, the film follows him going through the emotional feat of trying to fill the void left by Kevin and get the band back together one more time.

The 105-minute character-driven documentary goes beyond the guts and glory of the common getting the band back together tale. "Well Now You're Here, There's No Way Back" reveals an unforgettable man who uses ambition, adaptability, relentless determination and principle to navigate through a business, and a series of obstacles that are attempting to control his fate.

"When Frankie Banali told me he was planning to meet with Kevin DuBrow's mother to get her blessing to go on with the band and find a new singer, I thought this would be an extraordinary story for a documentary," said first-time director Regina Russell, who gained access to the private video and photo archives of the band. Russell, who is now engaged to Banali, followed the band for four years and got interviews with many of the integral characters in the group's history.

Asked if he experienced any personal healing in the making of the film, Banali told Indiewire.com, "Whether it was intentional or not, Regina forced me to deal with Kevin's death.

"Before the film was all said and done, I can't tell you how many mornings I would sit in my office and thought Kevin was calling when the phone started to ring. She made it possible for me to finally let go, not to stop missing Kevin, but to let go and accept the fact that he's gone. He's not coming back, and although he died because of his choices in life, I don't fault him for that.

"I will always regret that Kevin's gone, but it's out of my control. Regina helped me to accept the fact that he's not coming back, and to enjoy what we had. There's value in that.

"As expensive as this film has been, it's definitely been cheaper than therapy.

"I always go to visit Kevin on his birthday, not on the day that he died. I always celebrate his birthday. I don't mark his death, and it was during the filming when his birthday rolled around. That was the first time that I could sit there and see it from a different perspective.

"I'm always going to miss him, but at least I can frame it into something that I can understand. Before, it was this elusive, foggy kind of thing that I couldn't really get my hands on."

Production on the indie film was launched in 2010 after a surprisingly successful campaign on Kickstarter.com, in the crowdfunding web site's infancy. The campaign raised $25,000 of startup capital from the band's loyal fan base for over 30 years, and a whole new generation of young head bangers.

"Well Now You're Here, There's No Way Back" is produced and directed by Regina Russell, edited by Kelly McCoy and executive-produced by Gene Raphael Miller. 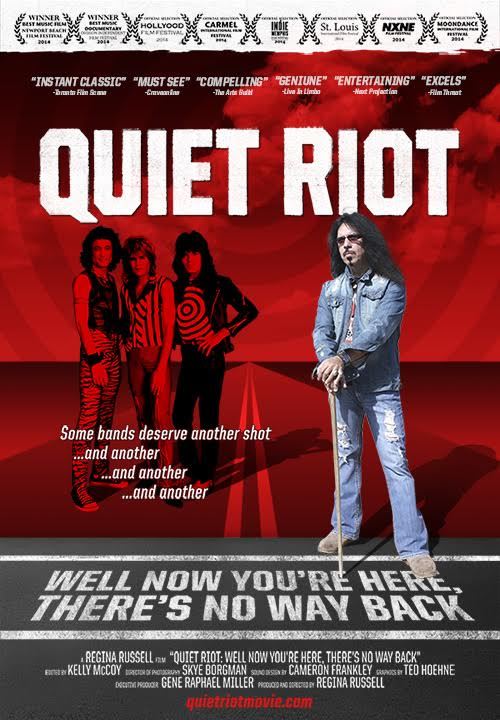