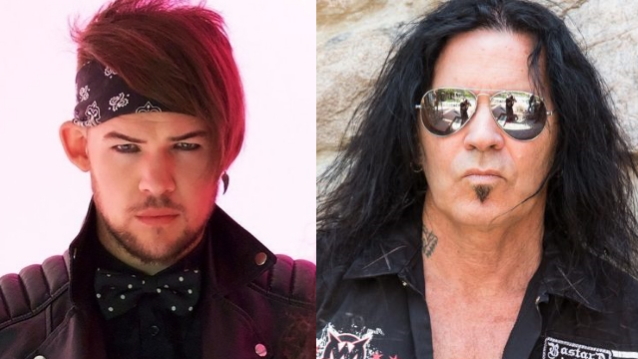 QUIET RIOT has parted ways with singer James Durbin and has replaced him with Jizzy Pearl. Pearl previously fronted QUIET RIOT from 2013 until October 2016, when he was briefly replaced by Seann Nichols, who played only five shows with the group before the March 2017 arrival of "American Idol" finalist Durbin.

According to "Rock Talk With Mitch Lafon", Durbin left QUIET RIOT "to concentrate his time and efforts on his solo career.‬"

‪QUIET RIOT said in a statement: "We wish James every great success for his future and are grateful for his time with QUIET RIOT.‬ Welcome back Mr. Jizzy Pearl!"

Durbin recorded two studio albums with QUIET RIOT — 2017's "Road Rage" and the upcoming "Hollywood Cowboys" — during his three-year stint with the group.

In a 2018 interview with The Tribune-Democrat, Banali praised Durbin, saying: "When I decided to restart QUIET RIOT in 2010, I knew it was going to be very difficult — both professionally and personally — because Kevin and I were best friends for 27 years.

Posted by Rock Talk With Mitch Lafon on Sunday, September 8, 2019