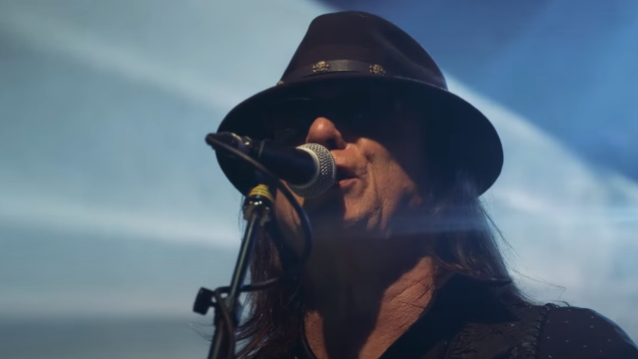 QUIET RIOT bassist Chuck Wright has released his first-ever solo music video, for a song called "The Weight Of Silence".

In a statement accompanying the track's YouTube release, Wright wrote about its inspiration: "Mid March 2020: As we descended into the depths of this isolation, while watching the spectacle that is New York City becoming a ghost town, twelve million lights dimmed in Las Vegas, a now deserted Sunset Strip, I decided to pick up my acoustic guitar (something I haven't done in ions) to just create music from what I had been feeling about this crisis thrust into our lives. I have had no agenda, just drawing from this feeling. I then edited together some footage of me playing the various instruments merged with an apocalyptic vision of cityscapes, as streets lie silent, the unsetting beauty of this lockdown, which often feels like pure science fiction.

"Special thanks to Mari Kawaguchi for encouraging me to get back to playing guitar and writing music again."