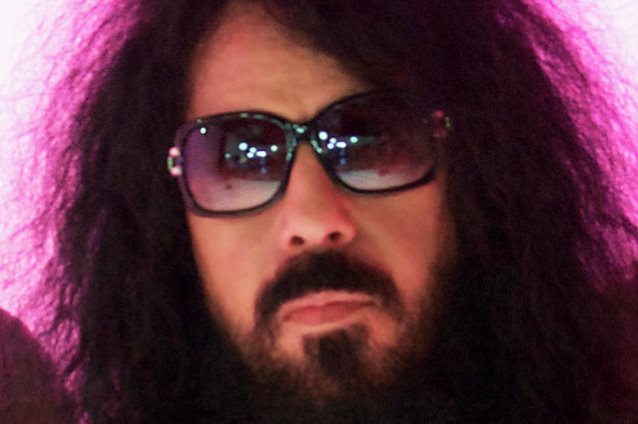 QUIET RIOT drummer Frankie Banali spoke to The Morning Call about his decision to resurrect the band after saying in 2008 that the band was over following singer Kevin DuBrow's death.

"I've been ridiculously criticized — and I get it, I understand it," he said. "Because when Kevin passed away, I made that very public statement that QUIET RIOT was over, I was not going to continue. If you look at the broader picture and understand that Kevin and I were best friends for twenty-seven years … at the time he died, things could not have been better or greater for Kevin or myself.

"So how could QUIET RIOT continue? I didn't want it to and I didn't expect it to. … Three years down the line, I came to the realization I had spent the bulk of my professional career in QUIET RIOT. I worked very hard to keep the band afloat — managed the band since 1993. … And I owed it to myself. I missed the thing called QUIET RIOT, no just Kevin but the idea of playing in a band and playing in QUIET RIOT and playing those songs.

“So I did a complete about-face and did exactly what I said I wasn't going to do. And I don't apologize for it. I don't regret it. I think if anybody out there wants to criticize me for it, if a family member dies and you're willing to shut down the family and cast out the family, then do so. But until you're prepared to do that, don't tell me how to run my life and how to run this band."

He continued: "As long as fans continue supporting the band, as long as they continue coming to the shows... then I have a responsibility to them as well. They come to the shows, like everyone else, to relive the past. Maybe to escape whatever is going on in their lives and relive the '80s. Because the '80s were the greatest times ever.

"Alex [Grossi, guitar] and Chuck [Wright, bass] were the guitarist and rhythm section that was in the band when Kevin died. And the one that Kevin was happiest with.

"Do I lose any sleep over the criticism? No."