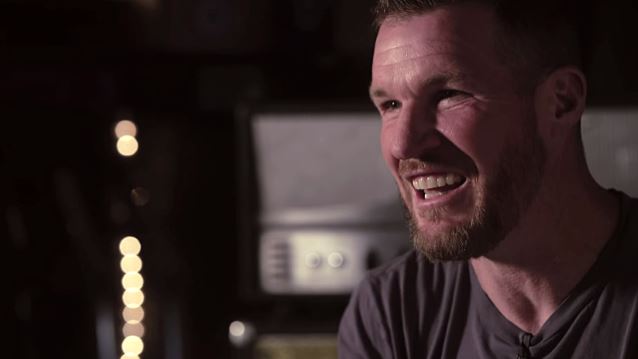 RAGE AGAINST THE MACHINE Bassist Apologizes For Inspiring LIMP BIZKIT

According to The Pulse Of Radio, RAGE AGAINST THE MACHINE bassist Tim Commerford has said in a new interview with Rolling Stone that he's sorry for inspiring rap-metal bands like LIMP BIZKIT that came along in the wake of RAGE's success. Commerford explained: "I do apologize for LIMP BIZKIT. I really do. I feel really bad that we inspired such bullshit. They're gone, though. That's the beautiful thing. There's only one left, and that's RAGE, and as far as I'm concerned, we're the only one that matters."

Just last year at a show in New York City, LIMP BIZKIT's Fred Durst told the crowd, "This is dedicated to the rap-rock band that started this shit," before launching into a cover of RAGE's classic "Killing In The Name".

Commerford has crossed paths with Durst and company before, most notably when he climbed a 20-foot backdrop onstage as LIMP BIZKIT came up to accept the "Best Rock Video" award at the 2000 MTV Video Music Awards.

Commerford, who spent a night in jail as a result of the incident, added that if he could do it again he would have "ripped that thing to the ground and shredded it."

RAGE AGAINST THE MACHINE's new DVD, "Live At Finsbury Park", is set to be released October 16. The concert was filmed in 2010 in London.