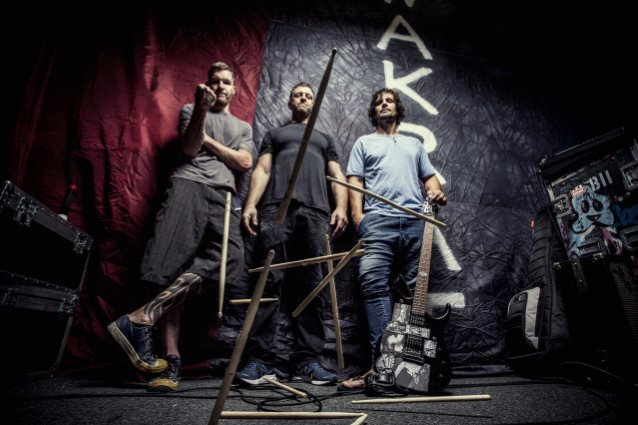 WAKRAT has been confirmed as the opening act for PROPHETS OF RAGE on their recently announced North American tour.

Kicking off on August 19 at the EagleBank Arena in Fairfax, Virginia, the tour promises to #MakeAmericaRageAgain as it storms across the USA and Canada ahead of WAKRAT's debut album release later this year.

As a member of both PROPHETS OF RAGE and WAKRAT, bassist Tim Commerford (RAGE AGAINST THE MACHINE, AUDIOSLAVE) will be pulling double duties on the tour, and also provides lead vocals for WAKRAT.

WAKRAT consists of Commerford on vocals and bass, Mathias Wakrat on drums, and Laurent Grangeon on guitar and vocals.

A brand new WAKRAT track, "Generation Fucked", can be streamed below.

Commerford previously stated about his new project: "I am as excited about WAKRAT and what we're doing musically as I was when RAGE AGAINST THE MACHINE first started.

"WAKRAT is brand new, we're not a known commodity, so we're looking forward to finishing the album, paying our dues and earning our fans, and getting out there and playing shows as often as possible."

PROPHETS OF RAGE features Commerford along with his RAGE AGAINST THE MACHINE bandmates Tom Morello and Brad Wilk, with PUBLIC ENEMY's Chuck D and CYPRESS HILL's B-Real on vocals.