Vocalist/bassist Peter "Peavy" Wagner of German power metallers RAGE has announced the band's new lineup. It is as follows:

Comments Peavy: "There were quite a couple of proposals from established musicians, but this wasn't what I was looking for. I wanted to have a real band again with all members pulling in the same direction."

Marcos Rodriguez was born in Venezuela and currently resides in Antwerpen, Belgium. The 36-year old guitarist is a die-hard fan of RAGE who met Peavy on RAGE's 30th-anniversary tour when his band SOUNDCHASER provided support on parts of the trek.

Vassilios "Lucky" Maniatopoulos has so far primarily made an appearance as the vocalist of the band TRI STATE CORNER. However, the former drum student and drum technician of former RAGE and current TRI STATE CORNER/REFUGE drummer Christos Efthimiadis is also longtime friend of Peavy's.

"These two guys have literally inhaled RAGE their whole lives and can vividly feel it — I'm very much looking forward to herald a new era of RAGE together with them," says Peavy.

RAGE's new lineup will make its live debut at Metal Hammer Paradise, Ferienpark Weissenhäuser Strand on November 14, and the "Black In Mind" tour this December, celebrating the 20th anniversary of the release of RAGE's cult album "Black In Mind".

RAGE is putting the finishing touches on a new studio album for a spring 2016 release.

RAGE's "The Soundchaser Archives" 2CD/DVD box, featuring 30 rare, new and previously unreleased tracks, plus a bonus DVD, was released on May 23, 2014 via Nuclear Blast. 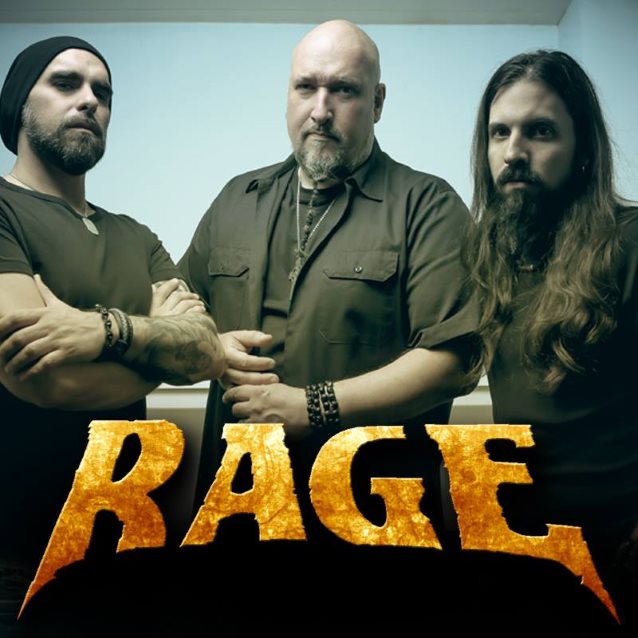