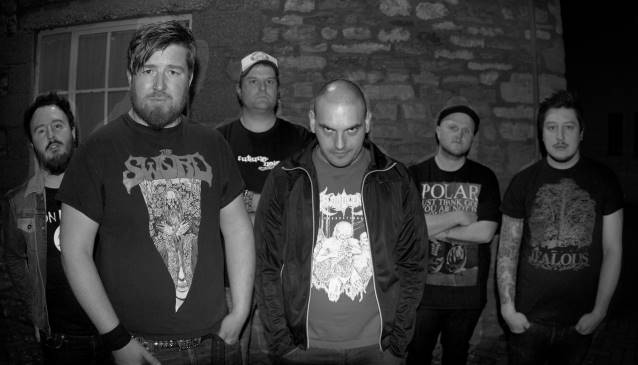 Metal Hammer editor Alexander Milas recently conducted an interview with drummer Gordon Morrison of Corby, U.K. metallers RAGING SPEEDHORN for the "Metal Hammer" radio show on TeamRock Radio. You can listen to the chat using the SoundCloud player below.

As previously reported, RAGING SPEEDHORN will reunite with original frontman Frank Regan for a couple of special sets at this year's Sonisphere and Damnation festivals in the U.K. The band will perform tracks from its first two albums, 2000's "Raging Speedhorn" and 2002's "We Will Be Dead Tomorrow".

"We are chuffed to see Frank making a return on vocals with John, and will be revisiting some of our favourites from the first two albums," said the band.

RAGING SPEEDHORN's latest CD, "Before The Sea Was Built", was released in September 2007 via SPV.

"Before the Sea Was Built" was recorded at Foel Studio in North Wales with producer Larry Hibbitt.

RAGING SPEEDHORN supported CARNIVORE on a European tour in November/December 2008. 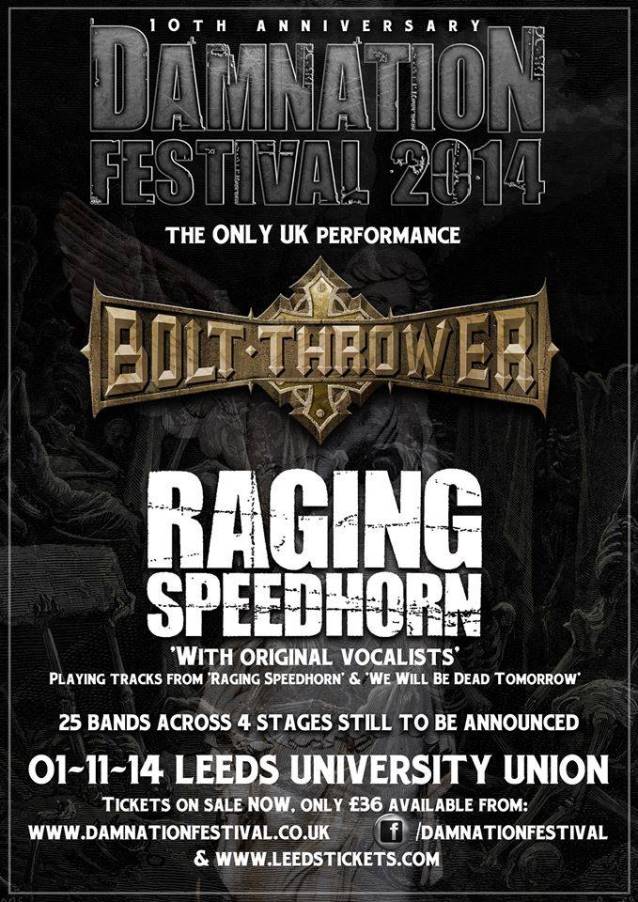