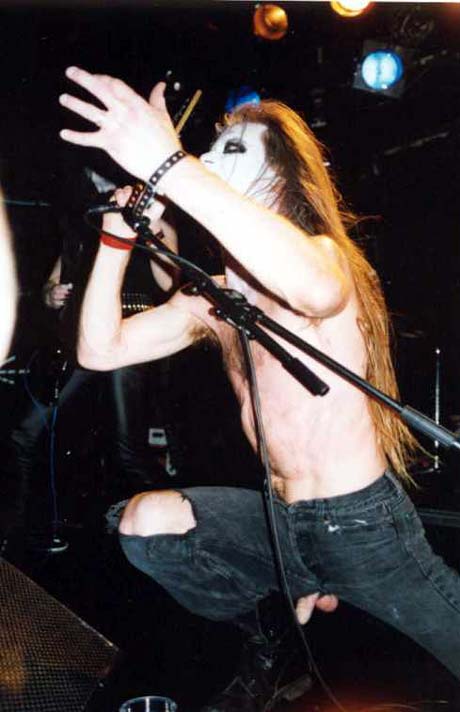 The follow-up to 2002's "In Nomine Satanas" was recorded and mixed at Abyss Studio in Sweden with engineer/mixer Tommy Tägtgren and was mastered at The Mastering Room in Gothenburg, Sweden. "Never has the band been so satisfied about a release and it's surely one of the best albums released in decades," reads a post on RAGNAROK's official web site. "The lineup has also changed once more because [vocalist] Lord Arcamous couldn't take the pressure by playing in RAGNAROK. Therefore he left the band in May 2002. He has been replaced by the demonic singer Hoest [photo#1, photo#2, photo#3] who's also the vocalist of the Norwegian black metal band TAAKE. With this album RAGNAROK will receive the status they deserve in the scene and they keep up the hard work to become one of the best black metal bands ever!"