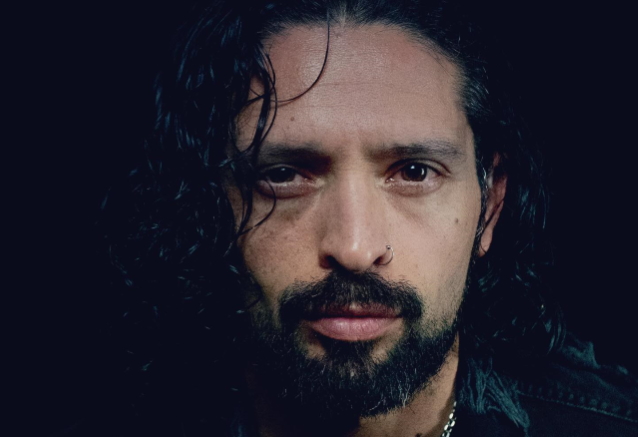 RAINBOW Singer RONNIE ROMERO Explains His Anti-Music Business Online Rant: 'I Was Just Trying To Release All My Feelings'

RAINBOW singer Ronnie Romero has explained his recent social media rant, saying that he needed to get his "feelings" off his chest.

Late last month, Romero, who is originally from Chile but is now settled in Romania after living in Madrid, Spain for a number of years, took to his Facebook page to decry the hardball nature of the music business, saying that "too many people" in the industry are "beyond the good and the evil."

The 39-year-old wrote: "I'm SO fucking tired of this dirty 'music' world. Everybody think they have the right to tell what to do or how to do it. Everybody think they have the right to judge you. Nobody is enough educated to be polite or at least talk to you as a 'person'. Everybody wants a piece of your cake and they want it FOR FREE, because if you tell your price they get offended. Everybody think you should kiss their hand because they 'give u the chance'. Nobody cares about your feelings, your thoughts, your dreams, your plans... and then when you are not agree with them you are an asshole... everything is so unfair, but you anyway you need to smile all the time, because show must go on. Everybody will blame on you anyway, from their couch or from their golden throne... too many people is beyond the good and the evil..."

Asked in a new interview with Brutal Planet magazine what prompted his online outburst, Romero said (hear audio below): "I just got a little bit bored of all the things around the work you are trying to do every day. When I started to make music professionally, let's say, you don't know how the business works, and you think everything is great. And you come with all your dreams and hopes and everything to try just to make music, and then you realize there's a lot of shit — and not just from the business itself. Then you get this feeling that the people, they don't care about your feelings either, which is very important, because when you're making music, you're putting your feelings on it. And some people — I don't wanna say all the people, because I always felt a lot of support from everybody, since I joined RAINBOW and with LORDS OF BLACK, and all those bands — but there is some people, they don't give a shit. And they can tell you whatever, even trolling you or sending you private messages, to you, to your family, just because you don't like them. It's really sad. And I can tell you I was suffering a lot of shit. And the other day, it was, like, 'I need to say something, because I need this to stop. Or at least to tell the world what's going on.'"

He continued: "I was just trying to release all my feelings. And suddenly, what happened is that people understood — at least the people who read my words on social [media] — and they were very supportive. So I think it was worth it.

In addition to RAINBOW, Romero is a member of LORDS OF BLACK, THE FERRYMEN and VANDENBERG.