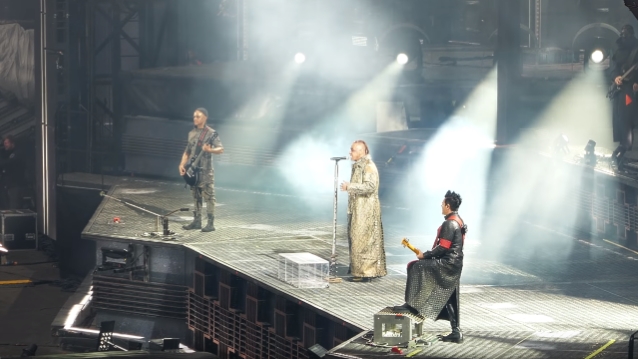 The band's 23-song setlist included no less than nine songs off RAMMSTEIN's new, untitled (or self-titled) album, plus such fan favorites as "Sonne", "Rammstein", "Du Hast" and "Ich Will".

RAMMSTEIN will play another show at the same venue tonight (May 28) before moving on to Barcelona, Spain. The European tour is scheduled to conclude on August 23 in Vienna, Austria.