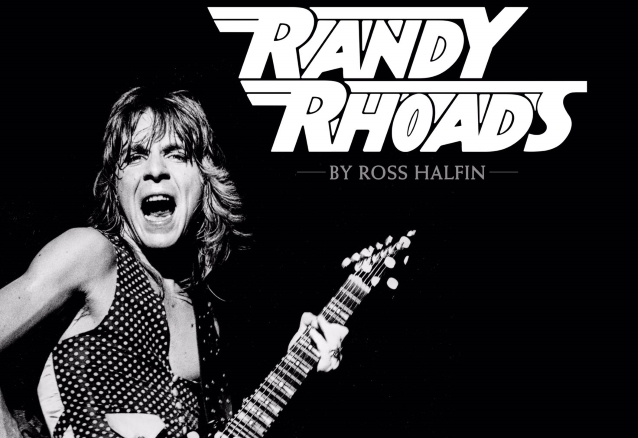 Legendary rock photographer Ross Halfin has teamed up with Rufus Publications for the publication of "Randy Rhoads By Ross Halfin", a celebration of one of the most influential hard rock/heavy metal guitarists of all time. This extensive 280-page coffee-table book features many classic and unseen shots of the former OZZY OSBOURNE and QUIET RIOT guitarist chosen by Ross from his personal archive.

The book will be available in three editions:

Halfin announced the completion of "Randy Rhoads By Ross Halfin" in a tweet on March 7. He wrote: "Just finished this today . My new book on Randy Rhoads which will be coming soon via Rufus Books . I've gone through my archive to uncover loads of never before seen photos and I hope some very nice surprises for you . #rosshalfin #randyrhoads"

Rhoads's bandmate in Ozzy's group, bassist Rudy Sarzo, gave the book his stamp of approval, tweeting: "@RossHalfin was not only our unofficial band photographer but also a tour bus mate, a trusted confidant and an awesome Hang. He had photographic access to Ozzy's world like no one else. I'm really looking forward to his book."