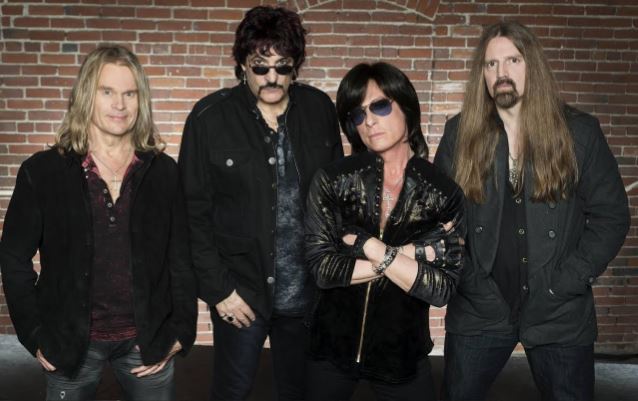 RATED X was formed at the suggestion of Frontiers president Serafino Perugino, who mentioned to singer Joe Lynn Turner that a band of highest-caliber musicians should be assembled to create an album of classic hard rock music. Turner, the former lead vocalist for both RAINBOW and DEEP PURPLE and a solo artist in his own right, agreed, and the search for the right players was on. Carmine Appice, who already had a relationship with Frontiers, was on board immediately. A true percussion icon, Appice's resume is one that rock legends are made of: VANILLA FUDGE, CACTUS, OZZY OSBOURNE, ROD STEWART, BLUE MURDER, KING KOBRA and others.

Appice's former BLUE MURDER bandmate and bassist Tony Franklin (best known for his work with THE FIRM, Jimmy Page, Paul Rodgers, David Gilmour, Kate Bush and WHITESNAKE) signed up next. After a lengthy search for the right guitarist, they settled on longtime Turner collaborator Karl Cochran, who has also worked with Ace Frehley in the past.

"I believe we wanted to keep it a bit retro with a modern edge," says Turner. "The songs are classic rock, but then that's an understatement. They are what they are; and they transformed as we went along recording. So, all in all, we are very happy to finish the record and finally able to get it out to the public. Everyone in this band is a true individual and stylist. When you put it all together, you have RATED X."

The debut album, simply titled "Rated X", is remarkable in that it sounds like a band that has worked together as a unit for years. The songs are powerful and the performances are tight and innovative. Frontiers in-house producer Alessandro del Vecchio not only handled studio production but added keyboards on several tracks. Pat Regan (MR. BIG, DEEP PURPLE, GOTTHARD, KISS, DORO) mixed the album.

Says Appice: "With [Alessandro's] help in coming up with the song ideas and working together with the band, I believe we came up with the sound from the late '70s-'80s. To me, it sounds like BLUE MURDER with Joe Lynn Turner singing. Having Tony and myself as the rhythm section and with the heavy guitars, it gives the record a BLUE MURDER vibe. Then, adding Alessandro on keys gave us a bit of the DEEP PURPLE thing. It all works together and I loved playing each song.” 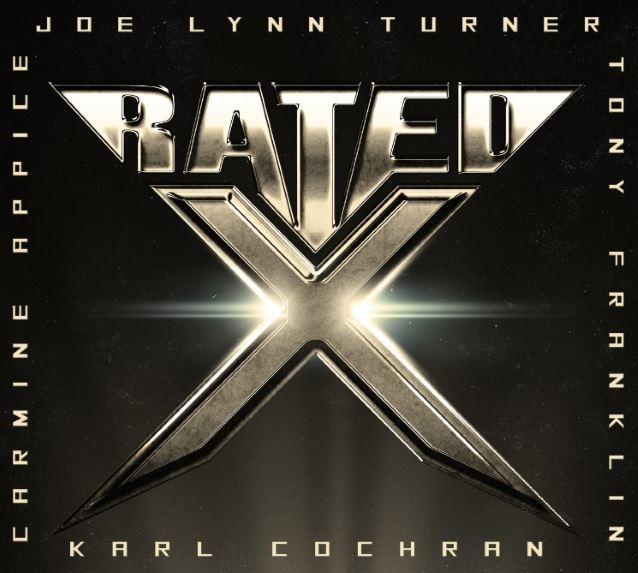