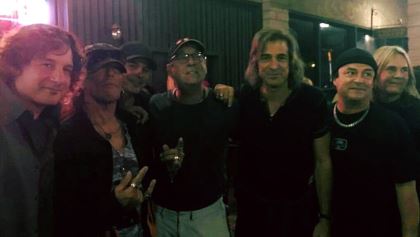 Notably absent was drummer Bobby Blotzer, who has been touring the U.S. for the last few months with his own version of RATT, featuring several new members alongside bassist Robbie Crane, who previously played bass for RATT from 1996 to 2012 and appeared on the band's 1999 self-titled album and "Infestation".

Out on the streets, that's where we'll meet....