Commented the band: "Drums, guitar and bass have all been tracked. Even at this early stage it sounds EVIL!!! Kinda VENOM's 'Black Metal' and OBITUARY's 'Cause Of Death' vibe. Ben is doing vocals the first week in March and then it will be mixed/mastered and buffed by the Moot group [Johnny Carter (PITCHSHIFTER founding father) and Paul Yeadon), before it's released into the wild and given a loving home by Doomentia Records."

RAVENS CREED recently posted four new songs on its MySpace page. The tracks "Five Witches of Nine" and "Hearse Fokker" appeared on the band's EP on Land o'Smiles Records as part of the label's "Black Lodge" series, a collection of one-sided 12-inch vinyl EPs, each one unique and limited to only 100 copies and intended to represent no more that 11 minutes of material that is exclusive to this format; "Neon Parasite" and "Diabolical Genesis Reduction" are on the seven-inch picture disc that was released on Doomentia Records.

The band's "Militia Of Blood Sacrifice" four-song EP was released on CD all over the world in August 2008 via Iron Pig Records. It is being distributed by Southern and can also be ordered directly from the Iron Pig web site. 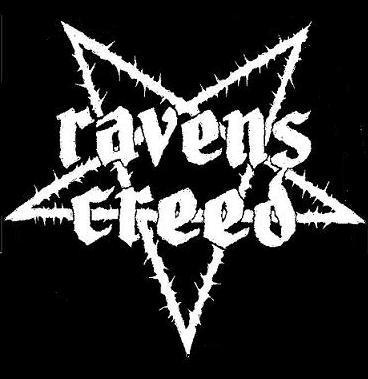