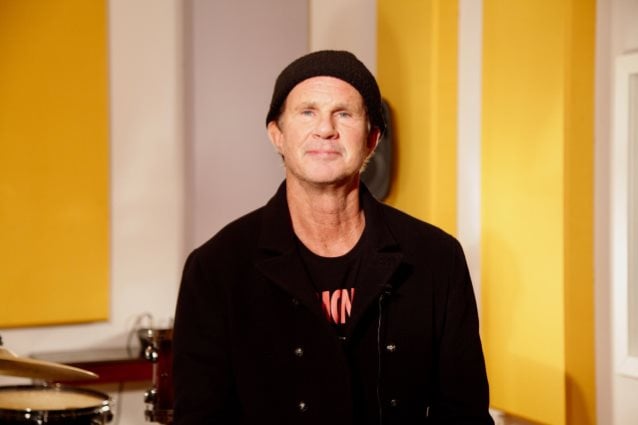 According to The Pulse Of Radio, RED HOT CHILI PEPPERS drummer Chad Smith was asked by podcaster Eddie Trunk on how much longer he thinks the band can continue, 33 years after releasing their first album. Smith replied: "We were riding in a van after a gig and [bassist] Flea was, like, 'How much longer do you think we should... How do you think we should end this?' [Laughs] I was, like, 'I don't know!' I want to make records, I still love making records, but the touring part… I don't know if we can continue."

Smith added: "I mean, three of us are 54 years old — Anthony [Kiedis, singer], me and Flea. Josh [Klinghoffer, guitarist] is 38 or 39, so he's a young man. But I don't know if we can continue to do the long tours — the year, year and a half we normally do. That's a good question."

Smith hinted that for their next album cycle, the CHILI PEPPERS could adopt a similar schedule as METALLICA, who limit themselves to around 50 shows a year.

The drummer continued: "We all have families and different things, your priorities shift a little bit. You kinda see that what's gonna work for you maybe doesn't necessarily work for other bands."

Smith concluded: "But again, we're just so grateful that people want to come and see us play, and we love to perform. I don't know in the future how that's gonna look."

Smith told The Pulse Of Radio a while back that he never imagined his career would go as far as it has. "Never in my wildest dreams if you had come up to me and said, 'Hey, you know, you're gonna move to California and join the CHILI PEPPERS and then 25 years later you're gonna be in the Rock And Roll Hall Of Fame and you're gonna sell millions of records and travel all over the world and blah blah blah blah blah...' I'd have just said, 'You are hiiiiiigh.' I can't really comprehend it too much."

RED HOT CHILI PEPPERS are currently on the road behind their eleventh studio effort, "The Getaway", which came out in June 2016 and debuted at No. 2 on the Billboard 200 album chart.