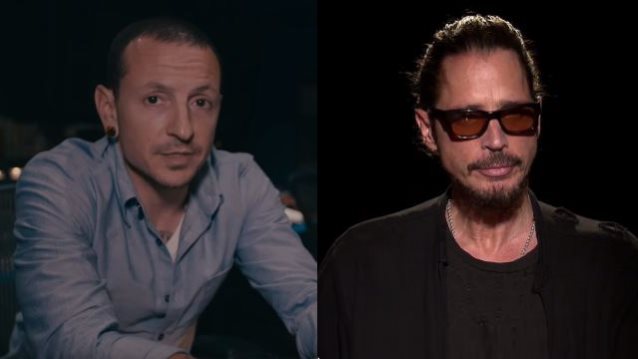 According to TMZ, Chester Bennington's death scene closely resembled that of his friend Chris Cornell.

TMZ's sources say there was a partially empty bottle of alcohol in the room where Chester died, but no evidence of drugs.

Bennington's body was found on what would have been Cornell's 53rd birthday.

"The Cornell family is overwhelmed by the heartbreaking news about Chester Bennington which tragically comes so soon after their family's own loss," said a Cornell family spokesperson.

"They open up their loving arms to Chester's family and share in the sorrow with all those who loved him."

"Just when I thought my heart couldn't break any more," Cornell's wife Vicky tweeted on Thursday on hearing of Bennington's death.

Bennington struggled with drugs and alcohol for years. He had said in the past he had considered committing suicide because he had been abused as a child by an older male.