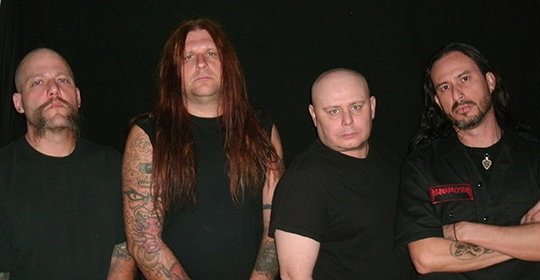 Long-running Floridian death metal outfit RESURRECTION has inked a deal with Old School Metal Records for the release of the band's first full-length album since 2008's "Mistaken for Dead". Due out in March, "Soul Descent - March of Death" will coincide with RESURRECTION's "March Of Death" European tour, which kicks off in Germany and features stops in Germany, Belgium, Holland, Czech Republic and Poland.

"Mistaken For Dead" was released in North America in October 2008 via Locomotive Records. The CD was issued in Europe in July 2008 through Massacre Records.