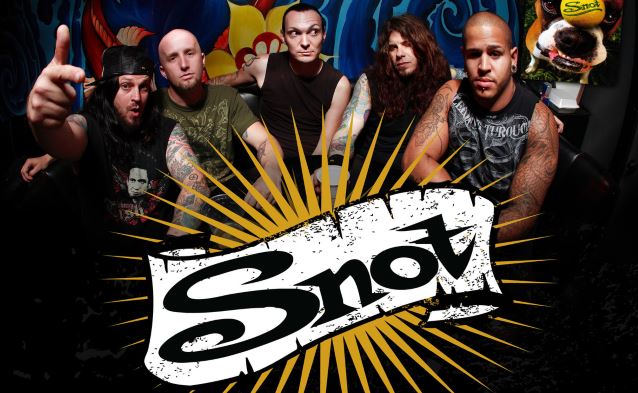 Reunited SNOT To Play Entire 'Get Some' Album On U.S. Tour

Reunited legendary Santa Barbara metal/punk rock hybrid SNOT — featuring vocalist Tommy "Vext" Cummings (ex-DIVINE HERESY) — will embark on U.S tour in the fall during which the band will perform its classic "Get Some" album in its entirety. Support on the trek will come from HE IS LEGEND, THIRA and LYDIA CAN'T BREATHE. The tour kicks off on November 28 in Palm Desert, California and wraps up on December 23 in Pomona, California.

SNOT guitarist Mikey Doling says of the upcoming tour: "I want to let you know we are ready to rock out as hard as humanly possible with all you SNOT heads around the world on our first world tour. I hope you're ready, 'cause we have a ton of massive energy to bring to you.

"SNOT is something special to us.

"We will enjoy playing our debut and only record, 'Get Some', in its entirety for you live for all you die hard SNOT heads!

"Say something for the record tell the people what you feel!!"

Vext adds: "Words cannot describe how excited I am to be getting back in the road with my brothers in SNOT.

"It is a privilege to play with a band that has had an indeterminable influence over countless artists from the band's inception and thereafter.

"I'm honored to pay tribute Lynn Strait and offer SNOT fans on an international level the live experience they may not have yet enjoyed."

SNOT played its first show in five years this on February 11 at the Whisky A Go Go in West Hollywood, California. Proceeds from the event went to SFG12, which offers uniquely curtailed financial and spiritual assistance programs to artists in, or seeking, recovery.

SNOT played its first show in 10 years on August 20, 2008 at Velvet Jones on State St. in Santa Barbara. 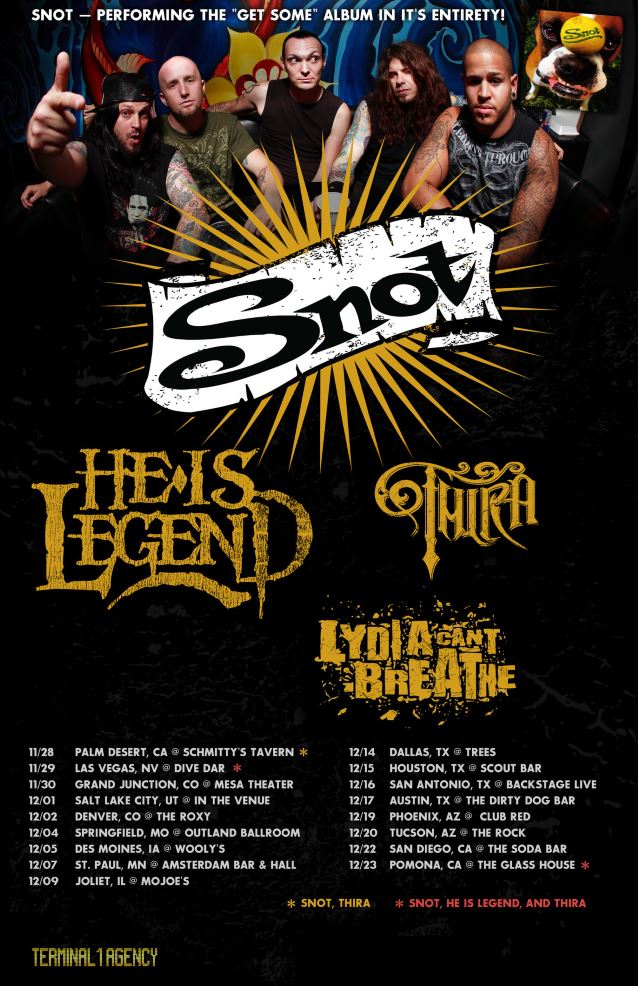