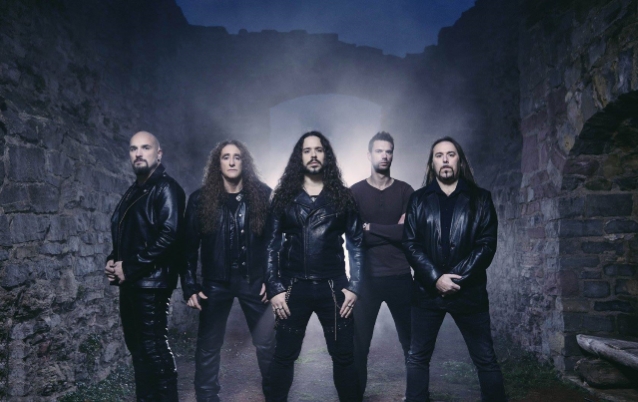 The official lyric video for the song "Master Of Peace" from Italian symphonic power metal kings RHAPSODY OF FIRE can be seen below. The track is taken from the band's upcoming album, "The Eighth Mountain", which will be released on February 22 via AFM Records. The disc will be the band's first collection of brand new material to feature vocalist Giacomo Voli and drummer Manu Lotter, who joined RHAPSODY OF FIRE in 2016.

The band states: "We are thrilled to release a new lyric video of our song 'Master Of Peace', taken from our upcoming album 'The Eighth Mountain'. In this new song, our hero is facing the challenge to bring peace and make his army victorious while being painfully constraint to watch the battlefield turning red and witness the loss of countless lives under his command. All victories have a price."

RHAPSODY OF FIRE holds a special position in the exciting and multi-faceted world of heavy metal: Like few other acts, the band from Italy stands for anthemnic symphonic metal presented with lots of speed, great pathos and technical refinement. Another characteristic that the band's fans love: At the beginning of their career in particular (at the time still under the shorter moniker of RHAPSODY),their songs presented a mythical, album-transcending saga.

Who doesn't like to recall classics such as "Legendary Tales" (1992),"Symphony Of Enchanted Lands" (1998) or "Dawn Of Victory" (2000)? RHAPSODY OF FIRE has now returned to the very strengths of those albums. "The Eighth Mountain" combines spirited songs and epic chorus parts with lavish orchestra arrangements. At the same time, the album marks the beginning of a new, exciting saga that's typical of this band.

First of all, there's been an important personnel change: vocalist Giacomo Voli has been at the group's musical helm for the last three years, and he has not only accepted the powerful heritage, he has also brought fresh momentum to the RHAPSODY OF FIRE fold. Voli's broader range and vocal power impresses keyboardist Alex Staropoli, RHAPSODY OF FIRE's founder and main songwriter. "Giacomo is like a breath of fresh air for the group and his expressive voice has been a great inspiration to my compositions," Alex says. "That's one of the reasons why our songwriting sounds more positive again. A number of passages on 'Dark Wings Of Steel' seemed too sad and minor-oriented to me in retrospect. 'The Eighth Mountain', on the other hand, features much more optimistic major-key atmospheres."

To dress the new material in appropriately lavish sounds to suit its extravagant songwriting, RHAPSODY OF FIRE has worked with a major orchestra again. This time the musicians of the acclaimed Bulgarian National Symphony Orchestra in Sofia, renowned for their contribution to more than 600 movie soundtracks, were instrumental in recording "The Eighth Mountain"'s sublime, atmospherically dense overall sound. Two choirs featuring more than 20 vocalists, as well as a number of soloists playing medieval instruments, also deserve to be mentioned.

The album was mixed and mastered by Sebastian "Seeb" Levermann (ORDEN OGAN),an acknowledged expert of haunting sounds. The lyrical content of "The Eighth Mountain" marks the beginning of a new story, developed by Roby De Micheli and Alex Staropoli under the title of the "Nephlins Empire Saga" which is based on those fascinating fantasy elements (including the narration courtesy of prestigious British Dracula actor Christopher Lee on the final song "Tales Of A Hero's Fate") that RHAPSODY OF FIRE is renowned for, in this instance — roughly speaking — lost, corrupted souls.

"People will find out more details of the saga when they listen to the lyrics," says Staropoli, not wanting to give away all the album's secrets. Just this much: "It's about which path in life you choose. The story may be fictitious but quite obviously relates to reality the way we experience it every day."

Last but not least, this superb release is enhanced by the fascinating cover artwork courtesy of Alex Charleux, with whom RHAPSODY OF FIRE has already collaborated on the compilation "Legendary Years" (2017). Staropoli says: "The artwork is really breathtaking and has an incredibly impressive effect, particularly the vinyl version. It would be impossible to illustrate the new saga better than on this cover." 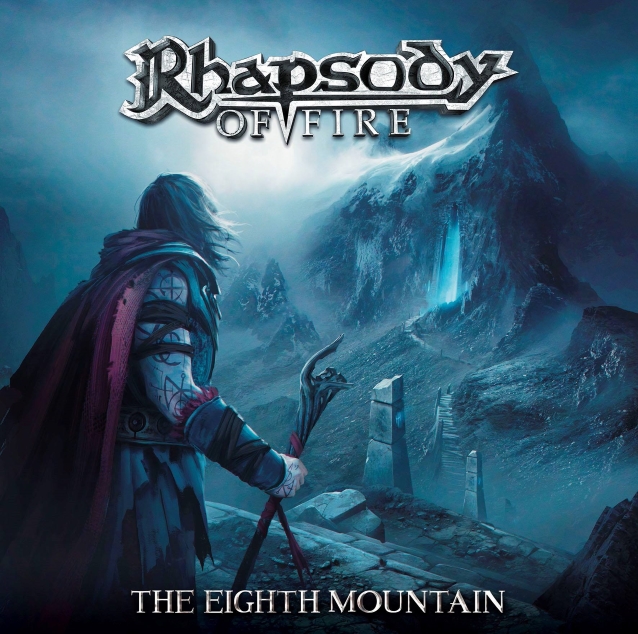