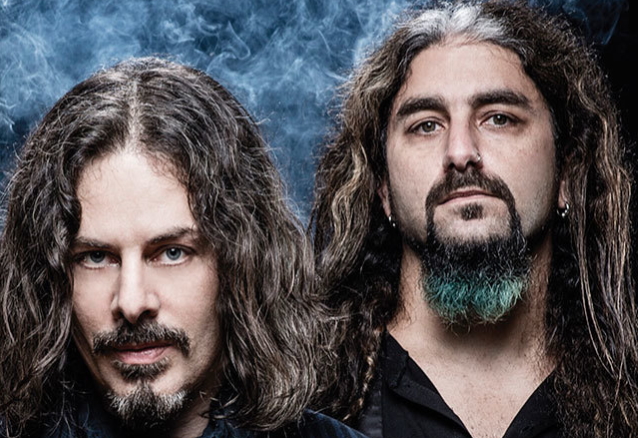 Guitarist/vocalist Richie Kotzen has just released a new solo single, "Raise The Cain". The track, the official lyric video for which can be seen below, features a guest appearance by Kotzen's THE WINERY DOGS bandmate, drummer Mike Portnoy.

"Raise The Cain" marks the first new solo music from Kotzen since the release of his 22nd solo album, "50 For 50", which came out in February via his own custom label, Headroom-Inc. That three-disc set was just what the title implies: a collection of 50 previously unreleased compositions produced, performed and written by Kotzen in honor of his birthday.

Richie explained his decision to release "Raise The Cain" in a social media post earlier today. He wrote: "So after releasing a 50 song original album at the start of 2020 I had absolutely no intention of releasing any more new music at any point this year. At least after doing some touring to support the '50 for 50' release… Well, That didn't happen…LOL. Suddenly I found myself like all of us locked up wondering what now? As one could have easily predicted I started receiving some new musical inspiration and new ideas from who knows where…

"The nucleus of this song came out of a phone conversation I had with my fellow Winery Dog band mate @MikePortnoy at the start of our Covid quarantine. He mentioned his drums were miked up and that he had been doing some recording. I said 'hey Mike, I've got an idea for you if you're up for it… Take 4 or 5 different tempos and different grooves and lay down a few song forms. Pretend I'm jamming with you and record as if it were a song. Once you get them sorted send them off to me and I'll see if I can edit some of your beats and possibly write them into songs.'
"I ended up writing the riff to Mike's 7/8 drum groove which then lead me down the road to completing a song which is 'Raise The Cain'.

"Initially I thought of sitting on the track to include on a full length album down the road but then reality sank back in. Why bother? Why bother sitting on a finished track and letting it sit on a hard drive until who knows when? No good reason to do that so here we are with yet another RK single release featuring some badass drumming from Master @mikeportnoy.

THE WINERY DOGS were founded in 2012 after Portnoy and bassist Billy Sheehan — who initially aimed to collaborate with former WHITESNAKE and BLUE MURDER guitarist John Sykes — reached out to Kotzen, who played with Sheehan in MR. BIG from 1997 to 2002. The group's 2013 self-titled debut reached No. 27 on the Billboard 200 after selling more than 10,000 copies in the U.S. during its first week of availability. The initial sales of follow-up effort "Hot Streak" were even better, as the album debuted at No. 30 in late 2015 after shifting 13,000 equivalent album units in America during its first week of availability.