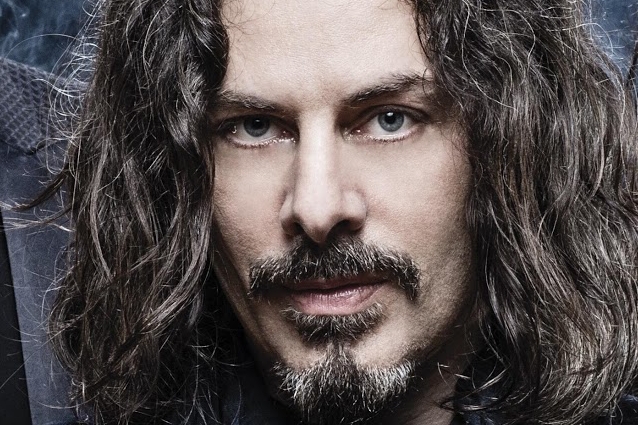 RICHIE KOTZEN Speaks Out After Battle With COVID-19: 'Covid Is NOT A Joke!'

Richie Kotzen has spoken out about his battle with COVID-19, saying the novel coronavirus is "not a joke."

The 50-year-old guitarist/vocalist took to his social media on Monday (December 28) to reveal that he and his wife Julia Lage "just kicked the living PISS out of Covid-19." He also included a photo of him looking gaunt and disheveled, and added in a since-deleted message: "Self Quarantined, Chicken Soup, Hot Tea, ... ALL THAT!....still can't taste a fucking thing but I've never been much of a food guy! Today I feel 110%! Back to business as usual...Feeling refreshed, 15 lbs lighter and ready to grab 2021 by the fucking balls! Who's in?"

Earlier today, Kotzen returned to social media to share a new photo of him and his wife, and he wrote: "Hey folks! I'm sure some of you saw my post yesterday and my attempt at satire. Truth is, Yesterday I woke up feeling strong and a bit silly after a few weeks in bed and decided to take a 'comedic' photograph of myself talking about having Covid. Some of you didn't get my sense of humor and thought that photo was my 'new look' and a consequence of having the virus.

"This photograph is a more accurate representation of us after having a run in with Covid-19. All though we did lose a few pounds and stayed in bed a lot we thankfully did not get hit nearly as bad as some people did.

"Covid is NOT a joke!

"Please use your mask, stay safe and be careful.

"And thank you all for the thoughtful messages."

COVID-19 is said to be more contagious, more deadly and causes more long-term complications than influenza.

A recent study showed that COVID-19 patients had an in-hospital death rate two times higher than that of influenza patients.

"Raise The Cain" marked the first new solo music from Kotzen since the release of his 22nd solo album, "50 For 50", which came out in February via his own custom label, Headroom-Inc. That three-disc set was just what the title implies: a collection of 50 previously unreleased compositions produced, performed and written by Kotzen in honor of his birthday.