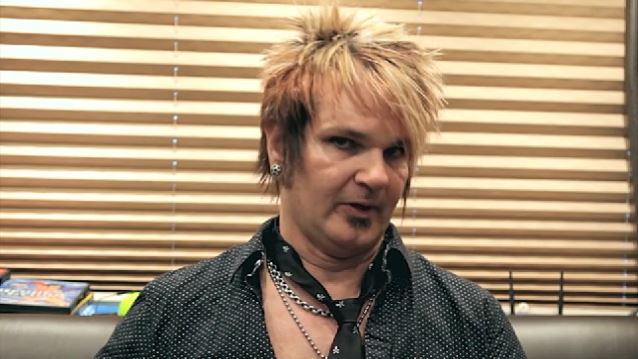 Veteran glam rockers POISON played a private gig earlier this month and have another scheduled for January, but "as for POISON touring next summer, next spring, I don't know that answer," drummer Rikki Rockett tells GreenBayPressGazette.com in a new interview. "It's that simple. I just don't know the answer. There isn't a booked tour at this point in time." But, Rikki adds, "There's a lot of time between now and then."

Rockett — who has been keeping busy playing in DEVIL CITY ANGELS alongside former L.A. GUNS guitarist Tracii Guns, bassist Eric Brittingham (CINDERELLA) and vocalist/rhythm guitarist Brandon Gibbs (CHEAP THRILL) — recently told the "92 Minutes Of Hair With Mel" show on the Las Vegas, Nevada radio station KOMP 92.3 about rumors and speculation about a possible rift within POISON, particularly as it relates to him and singer Bret Michaels: "Actually, there's nothing wrong within the band that I'm aware of — I mean, unless something happened and nobody told me.