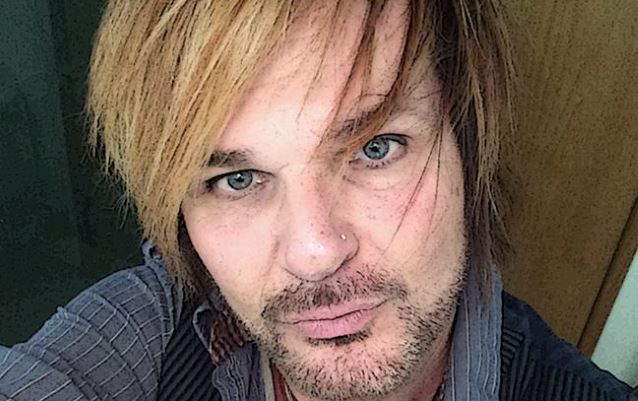 POISON drummer Rikki Rockett was interviewed on the "92 Minutes Of Hair With Mel" show on the Las Vegas, Nevada radio station KOMP 92.3. You can now listen to the chat using the Spreaker widget below.

Asked about rumors and speculation about a possible rift within POISON, particularly as it relates to him and singer Bret Michaels, Rikki said: "Actually, there's nothing wrong within the band that I'm aware of — I mean, unless something happened and nobody told me.

Rockett also spoke about his involvement with DEVIL CITY ANGELS, which also features in its ranks former L.A. GUNS guitarist Tracii Guns alongside bassist Eric Brittingham (CINDERELLA), and vocalist/rhythm guitarist Brandon Gibbs (CHEAP THRILL). He said: "Here's the thing. If POISON all of a sudden decided to do a brand new record from top to bottom and we came out and the top of our set was our new stuff, people would be upset about it, actually. It's really difficult to go out and tour with new material and only play, pr play the vast majority of just new stuff. So, from that standpoint, I can be more creative in DEVIL CITY ANGELS, really, because we're starting from the ground up, so it's a freer kind of encironment at the moment for me.

"I played with all [the other] guys [in DEVIL CITY ANGELS] at different times, but not in anything serious.

"I have never left POISON or really stepped outside POISON in any real way up until this point. I'd done things with other artists, and I did that little tribute record to the glam days."