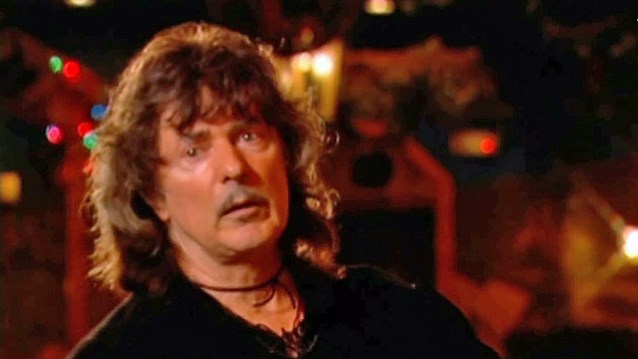 According to U.K.'s Daily Mail, former DEEP PURPLE guitarist Ritchie Blackmore has sued two management companies, claiming he has been significantly underpaid for co-writing many of the band's most famous songs, including "Smoke On The Water", "Black Night" and "Highway Star".

The same two management companies, HEC Enterprises and Deep Purple (Overseas), were sued by the other members of what many consider the classic DEEP PURPLE lineup — Ian Gillan (vocals),Roger Glover (bass),Jon Lord (organ) and Ian Paice (drums) — in 2003. A settlement was reached over royalties, but Blackmore was not included in the agreement. The guitarist is now claiming that he is entitled to receive one fifth of up to 85 percent of the income from 14 of the band's albums, including 1972's "Machine Head", considered to be DEEP PURPLE's most commercially successful LP to date.

Blackmore spent £43,400 (approximately $67,000) ordering an audit covering the years between 2007 and 2013, which found that under-accounting by both management companies resulted in a shortfall of more than £710,000 (approximately more than $1.1 million).

Blackmore left DEEP PURPLE for good in 1993 after a second stint with the group. He has since spent most of his time recording albums and performing select concerts with his current project BLACKMORE'S NIGHT, his renaissance and medieval music collaboration with his wife Candice Night.