At 4:48 p.m. on October 5, 2008, legendary lead guitarist Ritchie Blackmore (a.k.a. Richard Hugh) and singer/songwriter/multi-instrumentalist Candice Night (Candice Lauren) were pronounced husband and wife. It was a small gathering of friends and family at Castle on the Hudson. Ritchie was overheard saying, "This is the first wedding I've been to where I'm not looking for the exit sign!!!"

Check out photos from the wedding at BlackmoresNight.com.

"Secret Voyage", the latest album from BLACKMORE'S NIGHT, recently entered the German Media Control chart at position No. 14 and Finnish chart at No. 38.

"Locked Within The Crystal Ball", the new video from BLACKMORE'S NIGHT, can be viewed below.

Inspired by their international performances, and assimilating the various melodies from the continents they've traversed, many of the 12 new tracks on "Secret Voyage" have been adapted from the folk traditions of numerous countries including France ("Gilded Cage"),Russia ("Toast To Tomorrow"),Germany ("Prince Waldeck's Galliard") and England ("Peasant's Promise"). Add to that two stunning covers done distinctively in BLACKMORE'S NIGHT's strongly identifiable style — the 1961 ELVIS PRESLEY hit "Can't Help Falling In Love" and RAINBOW's "Rainbow Eyes" — and some entrancingly poignant originals. 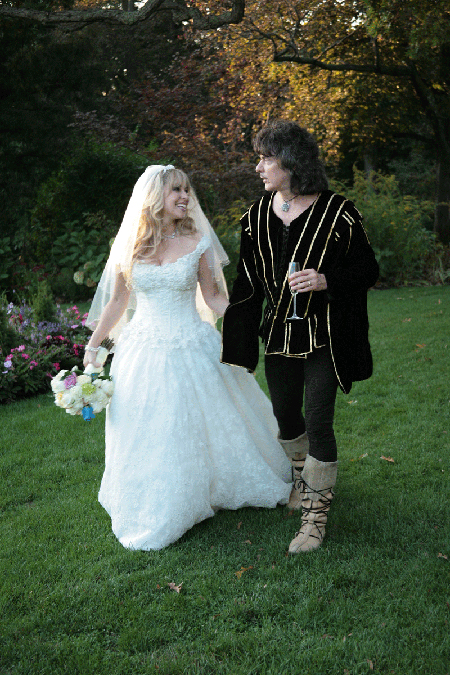