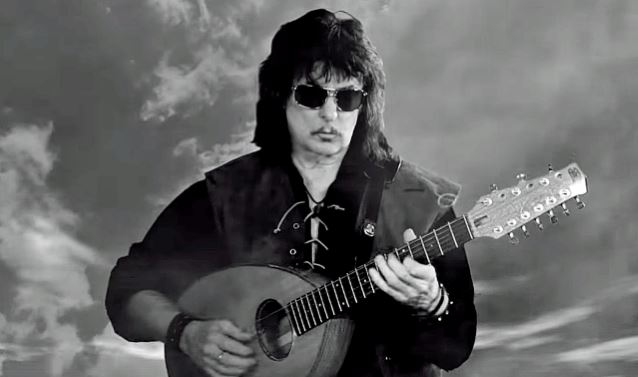 Legendary guitarist Ritchie Blackmore spoke to Billboard.com about his plans to perform RAINBOW and DEEP PURPLE material at what will probably be four shows next year in Europe.

"I'm now 70, so I just felt like playing some rock 'n' roll for a few days," he said. "We're going to do four or five dates" — most likely in England, Germany and Sweden — "of just playing the old rock stuff, PURPLE stuff and RAINBOW. I'm doing it for the fans, for nostalgia, and the singer I found is very exciting; he's a cross between [Ronnie James] Dio meets Freddie Mercury. So this will mean exposing a new singer to the masses, and I'm sure he'll become pretty famous because of his voice."

Blackmore quit rock and roll in 1997 to form a medieval folk band called BLACKMORE'S NIGHT with then-girlfriend and now-wife Candice Night. Since then, BLACKMORE'S NIGHT has released nine studio albums, with a new CD, "All Our Yesterdays", due on September 18.