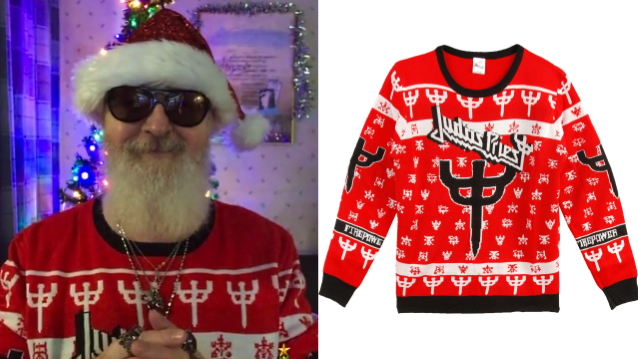 Rob Halford donned a JUDAS PRIEST ugly Christmas sweater as he shared a new "Merry Christmas" video message for his fans via Instagram. Check it out below.

Tipton was diagnosed with Parkinson's disease seven years ago — after being stricken by the condition at least half a decade earlier — but announced in early 2018 he was going to sit out touring activities in support of the band's latest album, "Firepower". He was replaced by "Firepower" producer Andy Sneap, who is also known for his work in NWOBHM revivalists HELL and cult thrash outfit SABBAT.