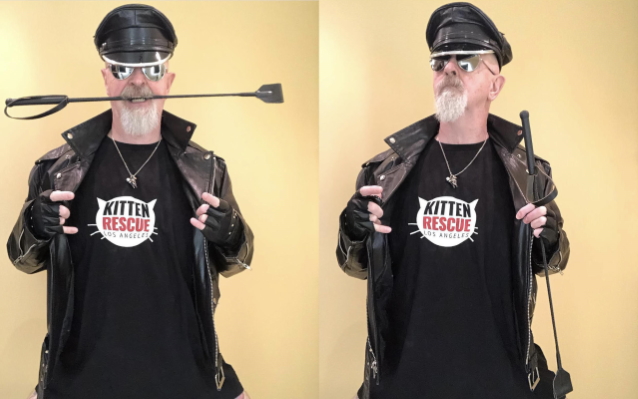 Kitten Rescue, a Los Angeles-based non-profit, volunteer-run organization devoted to finding loving homes for unwanted, homeless cats and kittens, has introduced a new litter of kittens for The New York Times-recognized kitten cam room, named by none other than JUDAS PRIEST's Rob Halford, a.k.a. The Metal God. In appreciation for Halford's unending love of cats and kittens, Kitten Rescue asked him to name the new cam room additions and he fired back rock 'n' roll-themed names. Check out the adorable fluff balls, 24 hours a day, here.

The Halford-named kittens are Taylor, Turbo, Angel, Starbreaker, Rocker and Mama Rose. Taylor, an orange-and-white male, is named in honor of FOO FIGHTERS' Taylor Hawkins; Turbo, a calico female, is named after JUDAS PRIEST's song "Turbo Lover"; Angel, a female white/cream, is named for the PRIEST song "Angel Of Retribution"; Starbreaker, Star for short, a male black-and-white, is named after the PRIEST song from the "Sin After Sin" album; and Rocker, a male orange kitty, was named for the PRIEST song "I'm A Rocker". To top it off, Halford named their Mama Rose for PRIEST's song "Last Rose Of Summer". All these lovely fluffballs are safe, warm and happy in Kitten Rescue's Los Angeles sanctuary and will be available for adoption at a later date.

Kitten Rescue will be auctioning Halford's personal collection of autographed cat t-shirts, pictures of which he has posted on Instagram. Proceeds will benefit Kitten Rescue and the lifesaving work they do on behalf of cats and kittens. These t-shirts will be available soon on the Kitten Rescue auction site, with more information to follow.

Halford sends along his wishes to his fans and cat aficionados everywhere: "Hello kitten maniacs — join your metal god in the great Kitten Rescue fundraiser where my personal signed cat shirts and other signed goodies are up for grabs!

"Check out this bunch of hellions I have christened in metal!

"Please continue to support Kitten Rescue any way you can.

"Kitten horns up! The Metal God"

Celebrating its 25th year, Kitten Rescue saves cats and kittens from the streets of Los Angeles and from city shelter euthanasia. Since their start in 1997, they have grown into one of the largest, most well-respected animal welfare groups in L.A. Other notable rock icons such as BLACK SABBATH bassist Geezer Butler and his wife Gloria, OZZY OSBOURNE bassist Robert "Blasko" Nicholson, legendary DEEP PURPLE bassist/vocalist Glenn Hughes and his wife Gabi, as well as BLABBERMOUTH.NET, are some of the organization's loyal supporters. Halford and Elvira, The Mistress Of The Dark, have both lent their image in support of Kitten Rescue.

In a 2020 interview with the "Cobras & Fire" podcast, Halford explained why he posts so many pictures on his Instagram of him wearing cat-related t-shirts. He said: "I think I have about a hundred cat t-shirts now. I used to have a beautiful kitty cat called Ben, who lived a long life and then suddenly passed, like they all do. It's like losing a family member. But it was kind of difficult, because I'm on the road all the time and there's nobody here at the house.

"As much as it's great sometimes for the cats to go into kitty jail [laughs], kitty vacation, my cat never liked that very much," he explained. "So I'm kind of making up for that with my cat t-shirts every Saturday on my Instagram, which is a lot of fun. I don't know how long that's gonna go on for. I think I'll run out of cat shirts [at some point]."

Asked if he has a theory as to why "a lot of heavy metal guys" really like cats, Rob said: "Ooh, yeah. That's very true. I only really started to figure that out [when] I saw things about books of photographs of metal musicians, particularly, with their cats. You get all these really strong guys and they've got their cats. Obviously, it's the power of pets, isn't it? Pet power. But it's great.

"There's a fun thread on Reddit about guys that hate cats, and then somebody brings a cat into the house, and the cat sits on the guy's lap and the guys instantly melts.

"They're beautiful creatures," Halford said. "I think the reason why we like 'em in our metal community is because they're fiercely independent. You think you know your cat, [but] the cat knows you better than you do. And they're so full of character and knocking things off the shelf and looking at you as if to say, 'Look what I can do.' But I love 'em for that. They're beautiful creatures," he repeated.

Posted by Blabbermouth.net on Wednesday, September 30, 2020 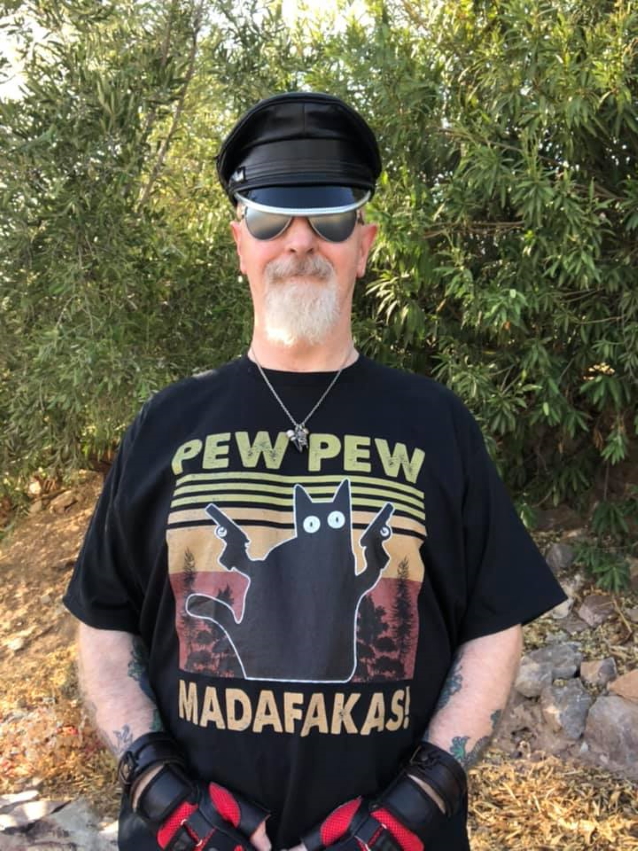 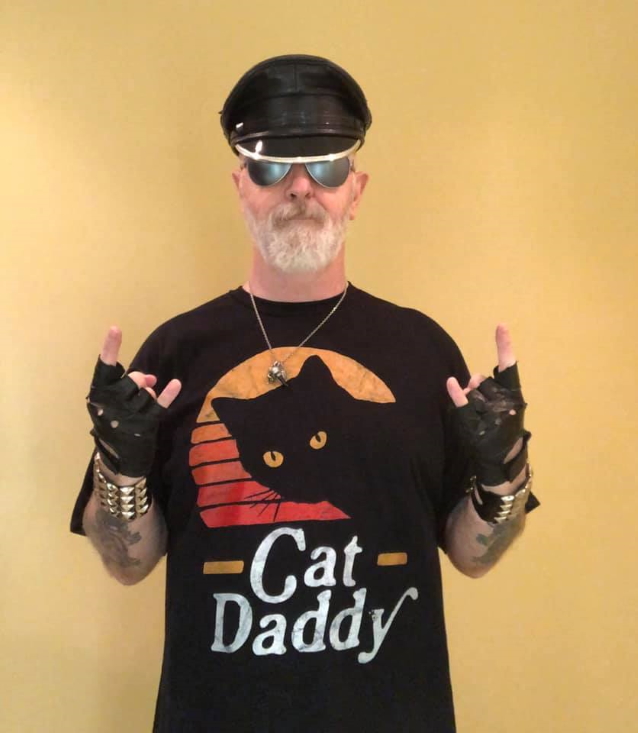 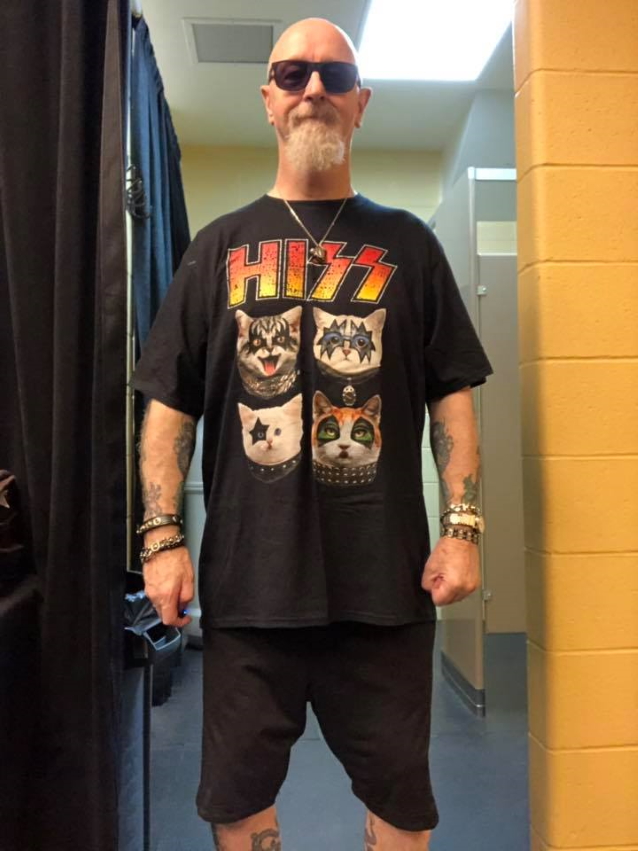