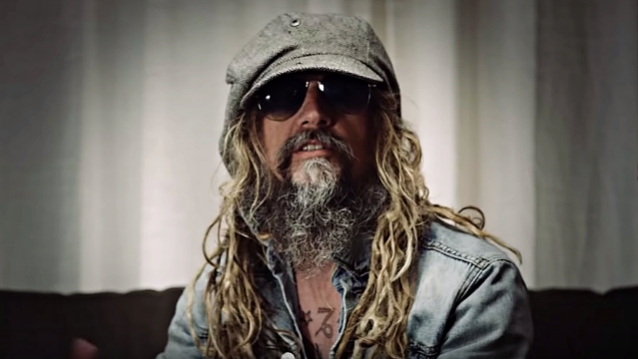 Rob Zombie and his wife, Sheri Moon Zombie, will take part in a question-and-answer session at Universal Cinema AMC at CityWalk Hollywood in Universal City, California on October 14, immediately following the encore screening of his movie "3 From Hell".

The sequel to Zombie's 2005 film "The Devil's Rejects", "3 From Hell" brings back Sid Haig, Sheri Moon Zombie and Bill Moseley as the psychopathic Firefly family.

Sheri Moon reprises the role of Baby, Bill Moseley is back in his role as Otis Driftwood and Sid Haig is returning as the iconic Captain Spaulding. Jeff Daniel Phillips plays Warden Virgil Dallas Harper. Along with the promise of bizarre cameos, the eclectic cast includes legends like Danny Trejo ("Machete"),Clint Howard ("Solo: A Star Wars Story"),Richard Brake ("Batman Begins"),Dee Wallace ("The Howling") and Austin Stoker ("Assault On Precinct 13").

"3 From Hell" currently has a 43% critic score from 21 reviews on Rotten Tomatoes, an online review aggregation service that allows the public to score the movies alongside critics.

Zombie will also have a new LP out next year, his first since 2016.

Attention! sherimoonzombieofficial and I will be doing a Q&A at AMC Theaters at Universal City Walk in California on October 14th immediately following the encore screening of 3 FROM HELL! 💀🔥🔥🔥get you tickets now at… https://t.co/CX3sKfMybq