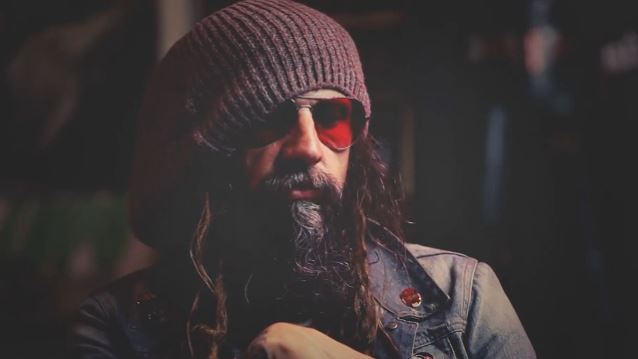 According to The Pulse Of Radio, Rob Zombie is auctioning off more items from his previous films in order to complete his new one. Zombie is accepting bids on a number of props from films like "The Lords Of Salem", "Halloween" and "Halloween 2" to offset the costs of his latest directorial effort, "31". Although the film has already been partially financed through crowdfunding, Zombie apparently needs a little more money to get the picture finished.

Although Zombie does plan out his films in advance, he told The Pulse Of Radio that you can only map out a movie so much before you start shooting. "The hardest thing is, until the moment you're gonna shoot, that'll be the first time you've ever been on set, that set, with your actors in wardrobe, with a camera, you know," he said. "So sometimes things just look different. You know, you can visualize in your head, like, 'Well, this, that and the other thing,' but you get in there and you're like, 'Wow, now that we're all here and I see you in that wardrobe against that backdrop, it's very different.'"

A number of other items are also available for contributors, including posters, crew hats and other merch from "31", lifetime passes to Rob Zombie shows, signed Zombie posters and a "thank you" mention in the film's end credits.

Once production is completed on "31", Zombie will switch back to music mode and hit the road for a tour beginning on June 2 in New Orleans. A new studio album has already been completed and is expected out soon as well.

"31" follows five carnival workers who are kidnapped the night before Halloween and held hostage in a large secret compound known as Murder World.

Once there, they have 12 hours to survive a terrifying game called "31", in which murderous maniacs dressed as clowns and called "The Heads" hunt them down and kill them.